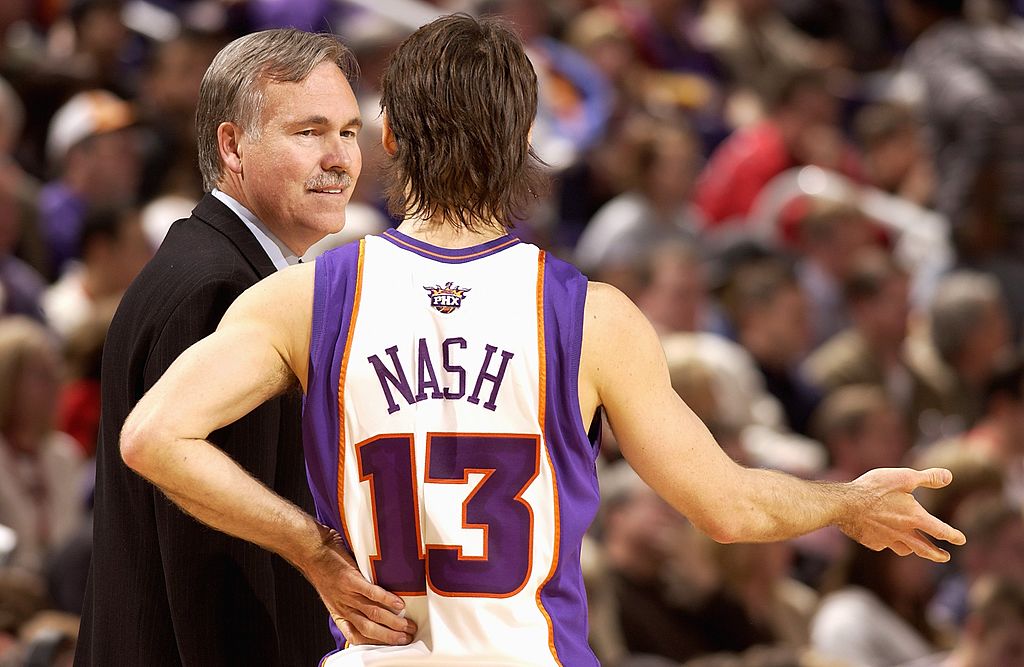 There could be a small 7 Seconds or Less Suns reunion in Brooklyn this season as Mike D’Antoni gets flagged as a potential candidate to join new Nets head coach Steve Nash’s coaching staff.

According to ESPN’s Frank Isola, Mike D’Antoni and Phil Handy are both potential candidates for a gig with the team.

With the New York Post’s Marc Berman reporting that D’Antoni and Nash still have a “tight” relationship and D’Antoni positively gushing over Nash after finding out that he had been hired by the Nets, it seems even more likely that those two will at least join forces in Brooklyn.

From 2004 to 2008, the two would turn the league on its head with the their unconventional Suns, a team that played at a then-breakneck pace and one of the early pioneers of concepts such as small-ball and stretching the floor.

If D’Antoni joins Nash’s staff, it doesn’t just provide the latter with an experienced head coach to bounce ideas off of and someone that will help him navigate through his first season holding the reins. D’Antoni, as the architect of modern NBA offenses, could help build the new-look Nets into one of the most dominant scoring teams in the league.

With Kyrie Irving (who Handy helped coach for two seasons in Cleveland) and Kevin Durant looking to return to the court fully healthy in the 2020-21 season, that shouldn’t be too difficult. However, with D’Antoni on board, the way in which Brooklyn does it could be as exciting — and perhaps even as revolutionary — as it was nearly 15 years ago.