Mike Krzyzewski: Derrick Rose Back to an ‘Elite’ Level 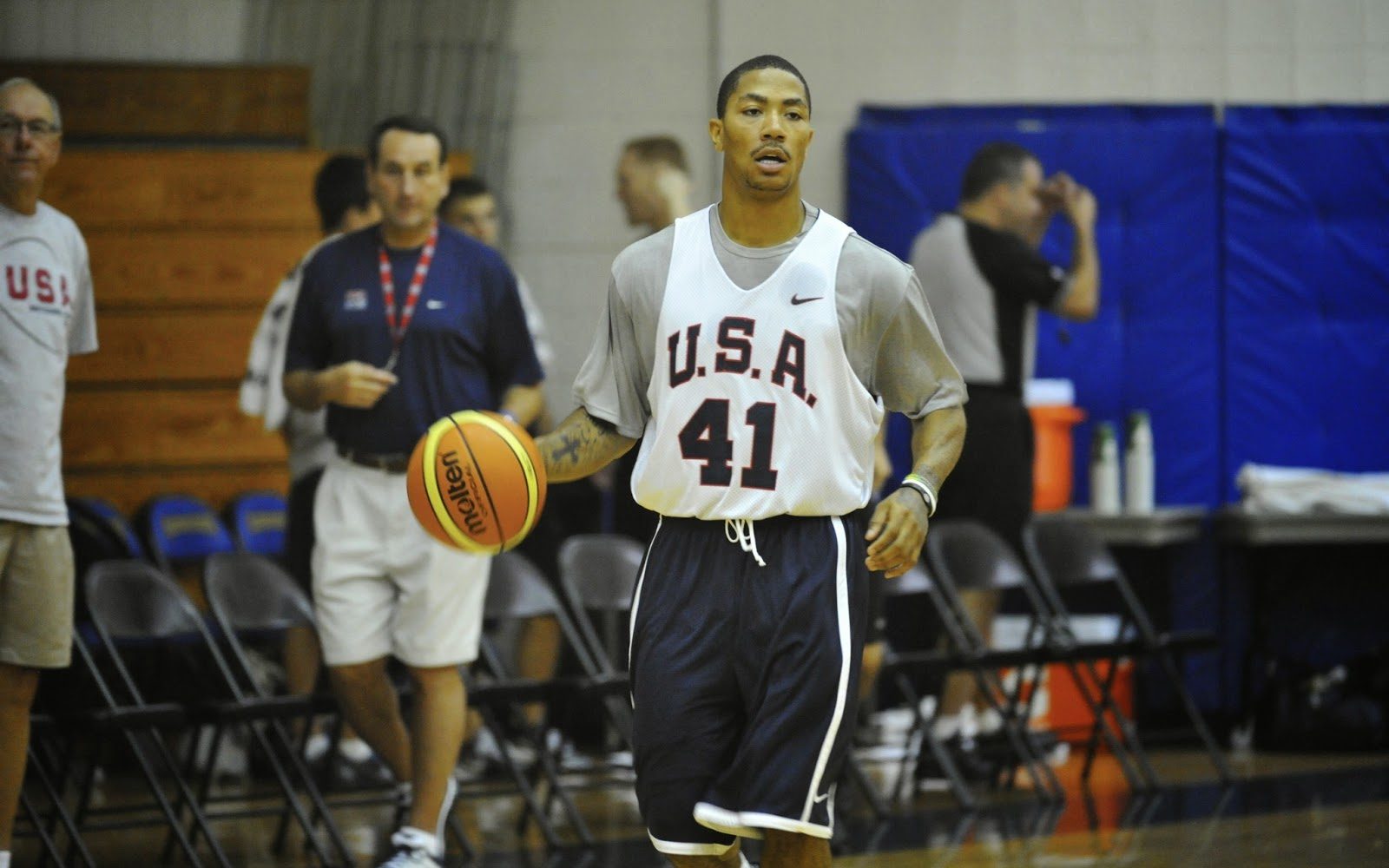 Chicago Bulls fans will get their first in-person glimpse of Derrick Rose hooping next week since his season-ending knee injury last November, as Team USA continues to prepare for the FIBA Basketball World Cup. Training will resume in the Windy City on Aug.14, with an exhibition game against Brazil scheduled for Aug.16 at the United Center.

USA Basketball head coach Mike Krzyzewski says Derrick Rose has returned all the way back to his electrifying, MVP form. Per the Chicago Sun-Times and ESPN:

“In Derrick’s case, Derrick was sensational all [last] week,” Mike Krzyzewski said in a Tuesday teleconference with reporters. “He did that every day. He was fast, strong and decisive. He really created an air of excitement for the team … We were all anxious to see who he was [coming into training camp last week]. And who he is is very, very good. We’re all ecstatic for him.”

As Krzyzewski pointed out, Rose will headline a number of Chicago storylines (next week.) Big man Anthony Davis played his high school basketball in Chicago, as did Krzyzewski, who said it was an “honor” for him to return home. There’s also Bulls coach Tom Thibodeau, who is an assistant to Krzyzewski, and former Bulls marksman Kyle Korver, who also is among the 16 finalists.

“It takes an exceptional person, which is why we’re talking about Derrick,” Krzyzewski said, discussing how difficult it is to return to such a high level after missing so much time. “I think he’s exceptional in every way. He went right at it. The first defensive exchange in the camp, he was all over the ball handler, moving his feet, attacking him. There was a buzz right away because it was basically his saying, ‘Look, I’m not just back. I’m back at a level that’s elite.'”