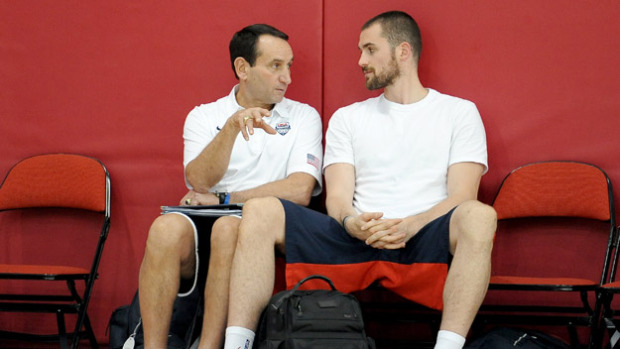 Having coached Kevin Love on Team USA, and gone up against Andrew Wiggins, Mike Krzyzewski says there’s no debate whatsoever when it comes to trading for the All-Star forward. Given the chance to acquire Love, Coach K thinks you simply pull the trigger. Per CBS Sports:

“I think there’s absolutely not one second of hesitancy,” Krzyzewski said on The John Feinstein Show. “I’d trade for Kevin Love. That’s not saying anything about any of the other (players involved in the deal). Love’s an All-Star.”