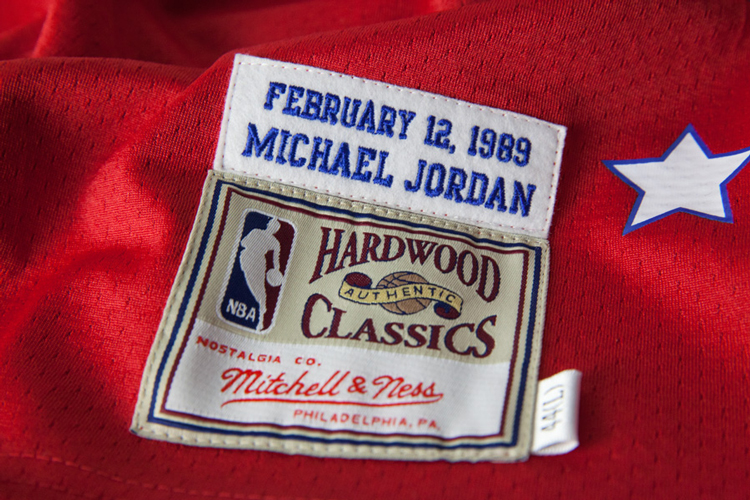 The legacy of Michael Jordan will live on in the form of his on-court NBA attire. To mark the 25th anniversary of the 1989 ASG, Mitchell & Ness is releasing an authentic limited edition All-Star jersey this Friday. Check out the scoop:

“This February, the legendary Chicago Bulls shooting guard and arguably the greatest basketball player of all time makes his return to the spotlight. In partnership with the Michael Jordan and Nike brands, Mitchell & Ness, the company known worldwide for premium authentic and lifestyle sports apparel and headwear, will become the exclusive maker of official NBA Michael Jordan jerseys beginning in Spring 2014 and continuing through the Fall/Holiday 2016 season.

Over the course of nearly three years, Mitchell & Ness will deliver several limited-edition Michael Jordan jerseys to eager sports fans across the globe. As with all of its authentic apparel, every Michael Jordan jersey released by Mitchell & Ness is produced with historically accurate materials and details. Fans will don the on-court uniform exactly how “His Airness” did during his prodigious career. The jerseys will retail for $250 to $300.”