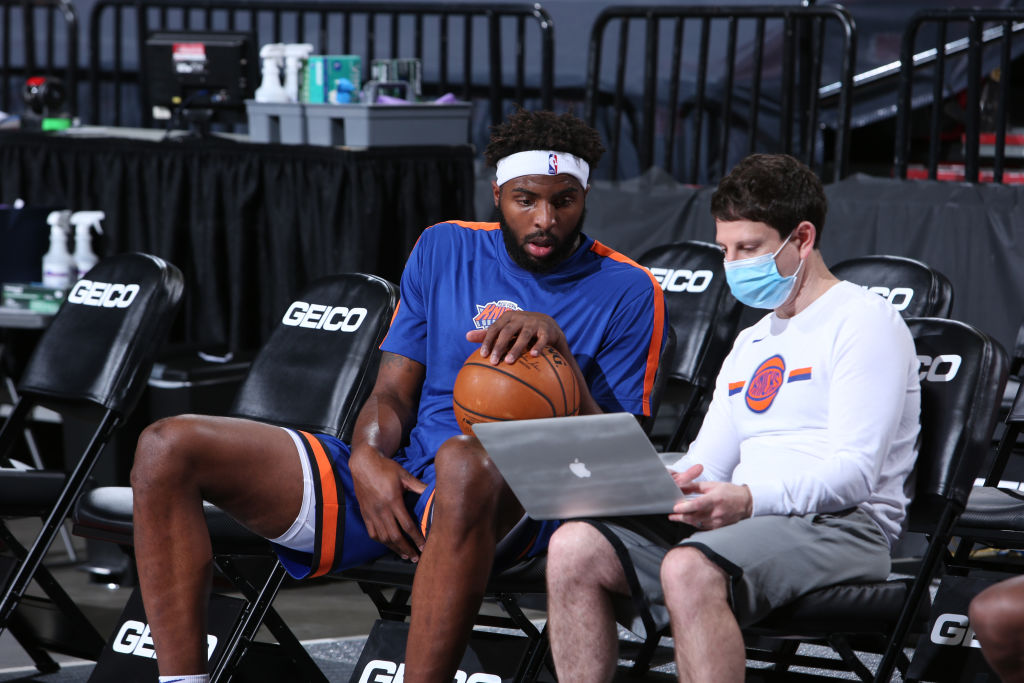 The New York Knicks have been one of the pleasant surprises during the 2020-21 season, currently fifth in the Eastern Conference standings with a 24-23 record just one season removed from going 21-45.

Heading into April, New York now finds themselves in their first playoff chase since the 2012-13 season, back when Carmelo Anthony’s jerseys were orange and blue rather than red and black and Mike Woodson was a head coach in the NBA, rather than his alma mater.

Unfortunately for the Knicks, they’ll be without their starting center Mitchell Robinson for the stretch as the prized shot-blocker underwent a successful surgery on his fractured right foot on Monday, the team announces.

The injury occurred on Sunday, when the Knicks were in Milwaukee facing the Bucks.

Going for a steal in the opening period, Robinson got tangled up with Bucks center Brook Lopez and then immediately struggled to put any weight on his right foot, in obvious discomfort.

Robinson, 22-years-old, has shown plenty of potential and growth in his short career. In 31 games this year, Robinson was averaging 8.3 points, 8.1 rebounds and 1.5 blocks per game while shooting .653 percent from the field.

It’s a tough break for Robinson as this will now be his second surgery on the season. Robinson also underwent surgery in February, in order to repair a fractured right hand.

Due to what’s been a close-knit locker room for New York, Robinson’s injury hit his teammates hard. The camaraderie couldn’t have been more evident when sports announcer Mike Breen informed Knicks veteran guard Derrick Rose the significances of his teammates injury.

In the short term, Knicks head coach Tom Thibodeau and his staff will have to rely on veterans Taj Gibson and Nerlens Noel to continue to fill the void during Robinson’s absence.

Another possibility for the Knicks is to sign a player to one of their two open roster spots, although the number of high-quality free agent centers dwindled over the past week.