Mo Williams Is Staying in Milwaukee 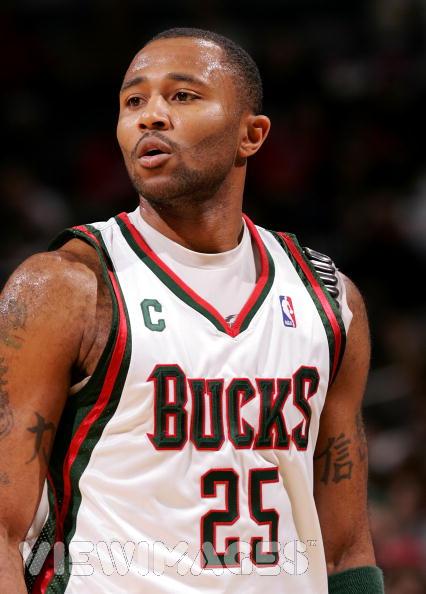 -He took the money and ran: The highly coveted Mo Williams spurned Shaq, Riley, Wade, and Miami’s spectacular nightlife for the cold tranquility of Milwaukee.

Dolla dolla bills, y’all! The Bucks are giving the 25-year old Williams $52 million over the next 6 years.

“My hat is off to Larry Harris,” Williams’s agent Mark Bartelstein said. “They all worked very hard and put a lot of time and energy into this.”

(Pat Riley has been punching himself in the face repeatedly ever since the deal was announced, it was not reported.)

-What does Steve Blake’s return to Portland mean for Jarrett Jack?

“I asked about the trade rumors I had been hearing,” Jack said. “And they said they see me in a Blazers uniform, that there are no trade talks going on. So I guess it has all be speculation.”

-Signings that hardly anyone cares about: Mikki Moore is a King; Jamaal Magloire is a Net; and Joe Smith is a Bull.

-DeShawn Stevenson has been inked by the Wizards. Reportedly, the deal is worth $15 million over 4 years with a player option for the final year. Now, he can afford to make even more ridiculous bets with Gilbert.