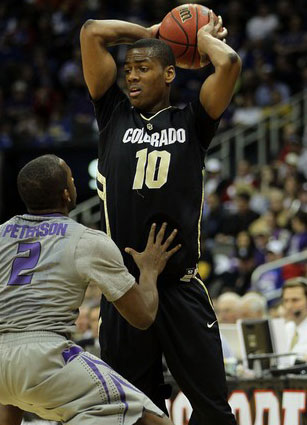 Down 2-0 in the opening round of the 2010 Playoffs, Milwaukee sprouted antlers and took three straight from Atlanta—the third of which came on the Highlight Factory’s hallowed hardwood—and the Buckswagon welcomed passengers aboard by the dozen. Luc Richard Mbah a Moute was finally earning national praise for suffocating would-be scorers, John Salmons made us all wonder whether he was a legitimate first option on a Playoff team and ESPN showed Andrew Bogut’s Theisman-esque elbow pretzeling so many times that squeamish started feeling normal. More impressively still, Brandon Jennings found a barber’s chair alongside Super Hairoes Kid n’ Play and Kenny “Sky” Walker on Google’s Hi-Top Fade Hall of Fame.

Then the Hawks, who had come too far to just not get swept by the Magic, wrapped up two going away presents for Mike Woodson, much to general Wisconsin chagrin. But it was too late for blues and boos in Bucktown. Milwaukee had made a sufficient racket, giving the narrow defeat a triumphant afterglow. The seeds of misguided hope and, thus, inevitable letdown had already taken root.

Because while picking up the pieces from their Playoff ‘defeat,’ they forgot to ask themselves one very important question: Were these pieces good enough in the first place? The answer was no. Even if each edge aligned with the next and every bulge locked into its corresponding nook, what do we have? A team that would be lucky to sniff a No. 7 seed in the new Eastern Conference.

And with a fresh selection of pieces on the floor in front of me, it’s time to find one that fits.

With the 10th pick in the 2011 SLAMonline Mock Draft, the Milwaukee Bucks select…

Alec Burks from the University of Colorado.

When Harrison Barnes announced he was staying at UNC, it meant two things: Duke fans would mumble naughty words under their breath and Alec Burks could set up shop in the Lottery, closer to single digits than the teens. With apologies to Klay Thompson and Jimmer Fredette, he’s the most complete scorer on the board.

Of course, he’s not without his faults: His stroke is slightly odd, leaving something to be desired beyond the arc; his ball handling could use some polish; and a push-up wouldn’t kill him (well, if looks are any indication, it might kill him). But with long arms and a first step quicker than a hiccup, Burks gets to the cup whenever he pleases, whether by paint or by baseline, and finds himself on the free-throw line 7.9 times per game.

Strange release, lanky, quick first step, gets to the line with ease. Sound like anyone else we know? I’m stumped. We should ask Kevin Martin.

A few numbers while you chew that one over:

91.8: That’s how many points per game the Bucks put up. Dead last in the NBA. Point guard Brandon Jennings led them in scoring with 16. Burks’ 20 ppg followed a freshman year that saw him drop 17 ppg. Scoring: check.

43%: That’s what Milwaukee shot from the field this season. Also rock bottom in the League. Jennings does his best to weigh down that average by hitting just 39 percent of the 14.7 floaters, fadeaways and bent-armed lefty threes he chucks up each night. Players like Burks are often incorrectly diagnosed as volume scorers; he’s the star player for a lesser program who was asked to do shoot, dribble, pass, take charges and then hand out towels during timeouts. Not the case. After an incredible 54 percent on 10.6 shots per game in his rookie year (that’s 1.6 PPS for the metric-minded), Burks bumped his shot output to 14 per game, understandably, yet his numbers remained solid: 47 percent or 1.4 PPS. Voluminous or not, efficiency’s not a concern with this Buffalo.

18.8: That’s how many assists Milwaukee dished out as a team last season. Good for (say it with me now, won’t you?) last place. Jennings’ 4.8 was less than the 5.9 he handed out during his rookie year, and John Salmons shared an average of 3.5 times per game, which sets him level with Al Horford. Before you get too excited, Alec Burks won’t teach this team to play nice, nor will he crack Salmons’ 3.5 mark. But Brandon will sure as Hell enjoy having another capable pair of hands around to give him a breather from his dribbling exhibitions.

And for the main event…

$415,909: That’s what the Bucks paid Michael Redd for each point he scored this season. Owner of a faulty ACL and the League’s fifth-highest salary ($18 million), Redd played in only 10 games this season, amassing 44 big ones along the way. And when Redd walks out that door, so does the illusion of a scoring punch. No more Bucks season previews ending in “…if Michael Redd can just stay healthy.” A franchise’s hopes and dreams are no longer tethered to the wobbliest set of knees this side of Greg Oden, and that calls for a collective sigh of relief. Alec Burks may never average mid-20s like Redd did in his heyday, nor will he be asked to; successfully planting one foot in front of the other without injury will be steps in the right direction.

Scott Skiles loves defense. I know. He embodies toughness and demands the same from his players. Yet even Scott would have to admit that holding opponents to 93 PPG (third best in the League) loses its allure when you’re sulking off the court with only 91 for yourselves.

On December 30, 1990, Skiles dished out 30 assists against the Denver Nuggets. Nobody had done it before and no one has matched it since. Not Cousy. Not Robertson. Not Magic, Stockton or Kidd.