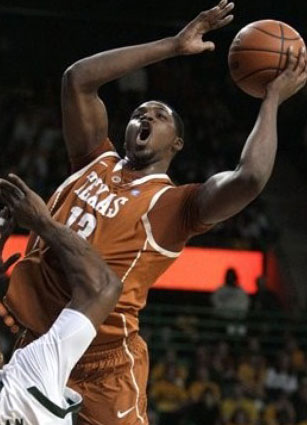 Following an impressive showing in the 2011 NBA Playoffs, the Indiana Pacers head into the offseason with the young core of their team in place and a chance to better themselves through free-agent acquisitions, omissions, and, of course, the NBA Draft. Living in Bloomington, Indiana, I covered the Pacers this past season for SLAMonline.com and had the chance to gain a feel for where the organization is headed…

When Frank Vogel took over the reins for Jim O’Brien in Indiana, things changed quickly. Winning seven out of their first eight games under Vogel, it was clear that the fire, intensity, passion, and hustle that the team lacked were kicked up ten-fold. They finally believed in themselves more than they had during the first three months of the NBA season and rallied to nab the eight-seed in the East, going 20-18 under their new (and hopefully re-signed) leader at he helm. Written off by many to be an easy out before their match-up with the top-seeded Bulls, it’s safe to say that, although they lost in five games, their young nucleus would not go down without swinging.

Paul George swarmed Derrick Rose with his height, length, and foot speed on the defensive end, forcing the League MVP into uncomfortable situations whenever possible. Danny Granger knocked down clutch jumpers and asserted himself at both ends. Tyler Hansbrough hustled and hustled and hustled some more and continued to prove his worth at the NBA level. And even though Roy Hibbert and Darren Collison struggled with their match-ups with Joakim Noah and Derrick Rose respectively, both players are capable of learning and bettering their games during the offseason.

So after brilliantly drafting Psycho-T with the 13th pick in 2009 and Paul George with the tenth pick last year, I’m assuming the Pacers will use the 15th selection as wisely as possible–they are in ideal position to have a very talented player slip out of the Lottery and into their hands in the midwest. With

With the 15th pick in the SLAMOnline NBA Mock Draft, the Indiana Pacers select…

Tristan Thompson from the University of Texas.

If he’s is still on the board when the Pacers are on the clock, it would be tough to pass on the skill level, athleticism, and upside of Tristan Thompson. The southpaw from Canada played 30.9 minutes per game at Texas and averaged 13.8 points and 7.8 rebounds as a freshman. Along the way, he impressed scouts with his athleticism, motor, shot selection (55 percent from the field), and length.

While flattering onlookers during his lone season in the Lonestar state, the most crucial aspect to be taken into account when evaluating this particular combo-forward became clear: upside is the key. Operating mostly in the post–his move of choice being a powerful drop-step, and a finish with the left hand over his right shoulder (or a powerful dunk)–Thompson proved that he could produce efficiently despite being quite limited in regards to the post-moves that were in his arsenal. At the next level he will have ample time and resources to further enhance his skill-set. With repetitions on the low block and working on his face-up game (he should be able to take slower 4’s off the bounce with regularity), this 20 year old prospect has a chance to burst onto the scene in the right situation.

A fluid and smooth athlete in the open floor, Thompson is also a good decision maker when out-letting the ball to guards to start the break and runs his lane with legit effort. One of his best assets is his willingness to go after the ball on the offensive glass, as his 3.8 offensive boards per contest and ridiculous athleticism suggests. But as is the case with every prospect, however, there are some areas of his game that need to be worked on more than others. Take, for instance, his horrid 48.7 percent (127-261) from the free-throw line. A significant portion of Thompson’s individual time should be dedicated to form shooting in order to raise his free-throw percentage and so that he can expand his game to the mid-range as he moves forward.

Though I’m not the biggest believer in drafting a player based on upside, this pick seems like a glove that fits the hand too well to take off. The Indiana Pacers nearly traded Josh McRoberts (who was in the last deal of his rookie contract) to Memphis for OJ Mayo at the trade deadline. If they re-up his contract, it would have come as somewhat of a surprise. If Jeff Foster and Solomon Jones are brought back (their contracts have expired as well), they will be viewed as insurance policies for the Pacers. With Brandon Rush under contract for another two years and Lance Stephenson still trying to figure out the NBA game (and lifestyle) in the backcourt, Larry Bird should take a shot in the frontcourt here and believe that it’s going to pan out, just as his recent draftees have done.

The bottom line is this: with a youthful core, youthful coach, and opportunistic draft location, Indiana is in prime position to take a talented player with both skill and upside. Tristan Thompson is their man.