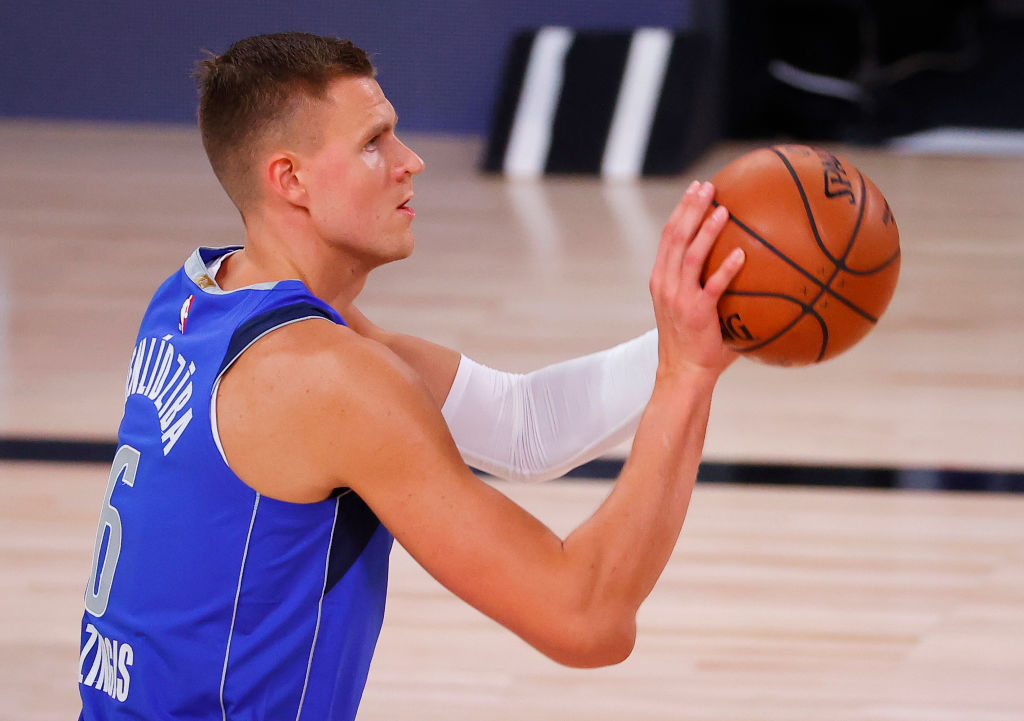 Update #1, Aug. 25: Kristaps Porzingis has been downgraded from ‘Questionable’ to ‘Out’ ahead of Game 5.

The Dallas Mavericks survived Game 4 without their unicorn big man who was a late scratch with a knee injury. The team has now listed Porzingis as questionable for the Tuesday follow up and expect his availability to be a game-time decision.

Head coach Rick Carlisle told the media, including Callie Caplan of the Dallas Morning News, that the team expects Porzingis’ decision to be handled similarly to that of Luka Doncic’s ahead of the last game.

Doncic was questionable to play in Game 4 after spraining his ankle but he committed to playing shortly before tip off.

Soreness in Porzingis’ right knee is what sidelined him for the crucial playoff game on Sunday night. The soreness has plagued him since Game 2 of the series but the issue was particularly difficult to deal with during the warm up before Game 4.

An MRI conducted on the knee revealed no major red flags that would preclude Porzingis from suiting up.

Porzingis missed time with right knee soreness in December and January of this season. It’s was the ACL of his left knee, however, that Porzingis tore as a member of the Knicks.