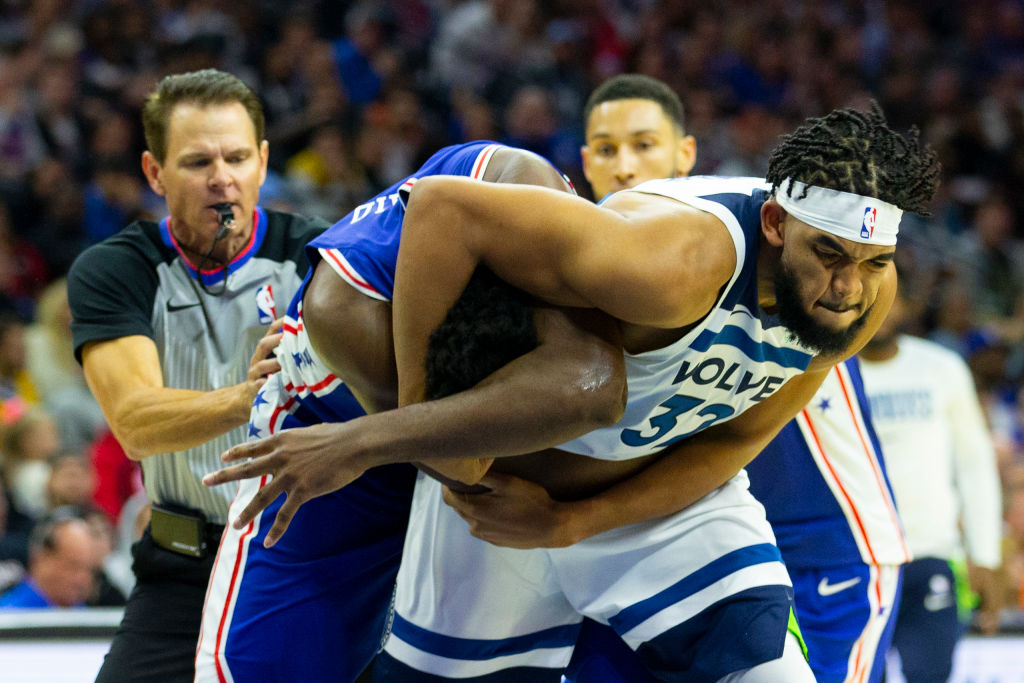 Update #1, Oct. 31: Karl-Anthony Towns and Joel Embiid will each be suspended for two games, Shams Charania of The Athletic reports. Ben Simmons will not face a suspension.

In a throwback to yesteryear, both Joel Embiid and Karl-Anthony Towns were given early exits from their Wednesday night contest after getting tangled up in the paint and triggering a game-stopping brouhaha.

Video from the incident shows Towns and Embiid heatedly grappling with each other and Towns throwing what appears to be a clear punch before eventually wrestling to the ground.

Given that each team plays their next game on Saturday, ESPN’s Bobby Marks expects the league to take a thorough approach to how they dish out suspensions for the two main players involved. Marks, whose resume includes a stint in the front office of the Brooklyn Nets prior to becoming a sports analyst, says that hoops fans are “likely looking at multi-games for each”.

That’s not to say that Towns and Embiid will be the only ones who receive any form of punishment for their role in the ensuing kerfuffle. Multiple players from both teams were involved, either participating in the action or attempting to break it up.

Ben Simmons at one point held Towns in an apparent choker hold, prompting the Timberwolves big to tap.