My Night with Oscar (Robertson) 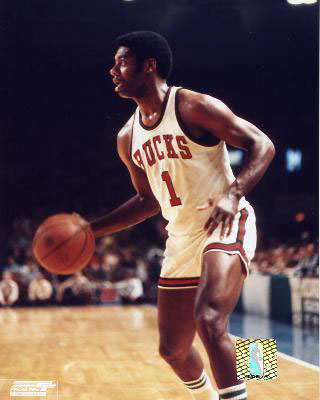 Last night there was an event for The Boys Club of New York honoring a multitude of Hall of Famers in different sports, as well as some upcoming High School basketball seniors. This event took place at the Waldorf Astoria in midtown Manhattan, a building made famous by too many high society dinners to count, extended stays from President Hoover, General MacArthur, and Al Pacino’s character in Scent of a Woman, and of course my Senior Prom. While there were legends from other sports there like Brooks Robinson and Don Maynard, I was given the opportunity to have an audience with The Big O, Oscar Robertson. The only man to ever average a triple doube for an entire NBA season, and one of the greatest players in NBA history.

I wish I could tell you that I had my recorder running when I spoke to him, but I tried to keep our conversation more like a dialogue and less like an interview. I asked him if he was nervous about any of his records or rankings on the career stats list with LeBron in the league, and he brushed it off saying he likes team play and doesn’t care about stats. Oscar went so far as to say that assists today are counted wrong, and that you shouldn’t get an assist just because someone made a lucky shot. It’s about setting up your man or putting him in position to score, not just throwing the ball at a jump shooter.

We talked about the Miami opening night debacle, and he said their problem is nobody comes off screens or moves without the ball for them. They can’t just dump it into Shaq or clear out for Wade every play.

On the ref’s beng encouraged to call more technicals, he said back when he played they were all punching each other and fighting and they just let them play. I don’t think the players complained quite as much back then. Oscar’s biggest problem with today’s ref is that he doesn’t think enough of them played the game and they don’t understand the nuiances from a player’s perspective. Fellow NBA HOFfers Bob Petit and Bailey Howell were in the area, and seconded that motion. David Thompson was nearby hyping up his nephew that plays for NC State.

The Big O wouldn’t indulge me with any playoff picks or predictions of any kind. When I mentioned SLAM he said “I’m way too old for SLAM.” Oscar, we still love you. As I said earlier in my post recapping last night’s action, Oscar Robertson is the old man LeBron from The LeBrons.

I also had a little chat with two high school seniors being honored with a basketball award. One of them was named Sebastian, and I told him that’s unfortunate because we’ve already had lots of coverage on a High School superstar with that name. This kid was visibly nervous, so I joked with him that it’s too bad he’s too young to drink. He seemed to like that. Corrupting the youth while they are receiving awards. Shameful.

The star working the room the hardest was James “JB” Brown, who recently escaped from the depths of hell, FOX football with Terry, Jimmie, and Howie, to end up at CBS with whoever does their snoozeworthy pregame show. Shannon Sharpe? Boomer Esiason/Dan Marino? Did they lose Jim Nantz? All I know is that JB works for CBS and Curt Menefee works for FOX and I watch very little pregame.
That was from a few minutes with a basketball legend who was getting pulled 12 different ways at all times last night.