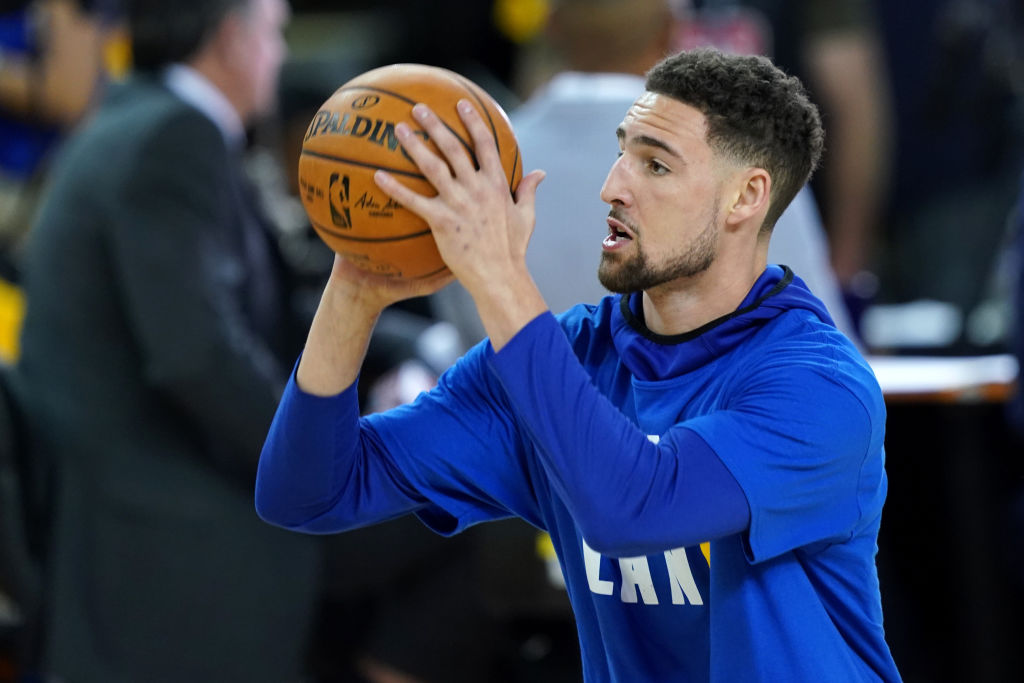 Klay Thompson will be “ready to go full speed” next season, according to his father Mychal.

Klay tore his left ACL in Game 6 of last summer’s NBA Finals, but no longer has “any kind of limp — no kind of soreness,” says the elder Thompson.

With the League on lockdown due to the coronavirus global pandemic, the 30-year-old five-time All-Star is rehabbing on his own.

“He’s feeling good. He’s working out on his own. He’s doing all of his drills. He says he feels good,” Klay’s father, Mychal, said Monday during a radio appearance on 95.7 The Game. “He walks around without any kind of limp — no kind of soreness.

“He says he’s feeling great and he’ll be ready to go at full speed next year.”

At this point in time, unfortunately, nobody knows when “next year” will begin.

“He’s going to be so ready to play next year and so excited and the rehab is coming along really well,” coach Steve Kerr told Tim Kawakami of The Athletic a couple weeks ago. “So I have no doubt that — assuming everything starts in September and October like it usually does — that Klay and Steph will be in great shape and ready to roll.”