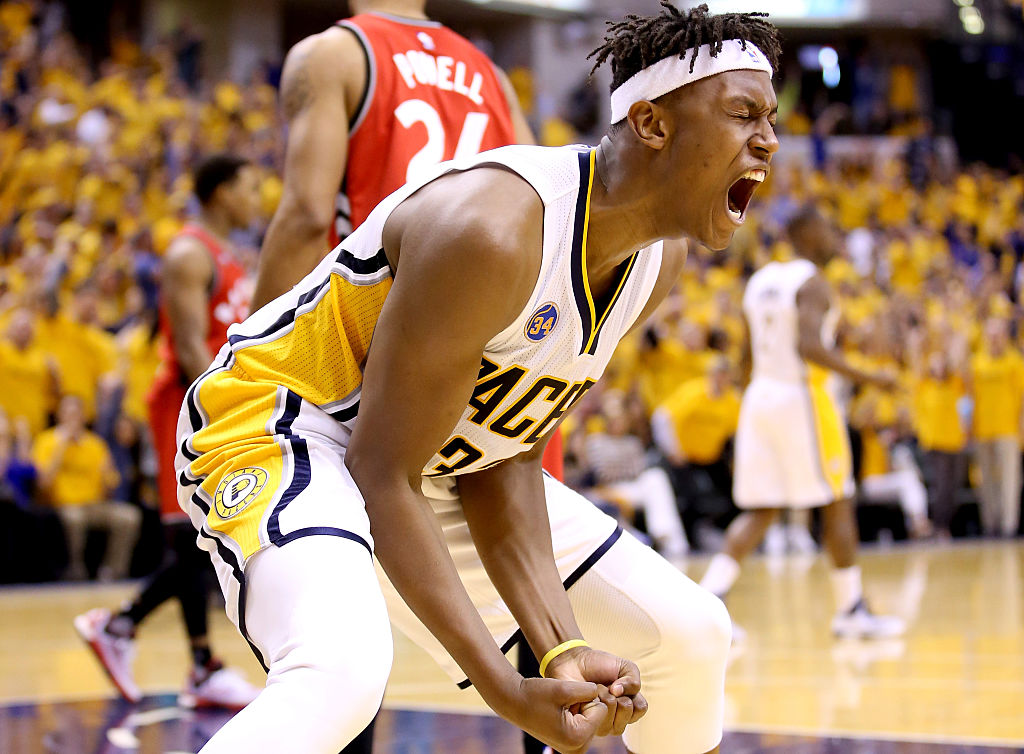 Myles Turner of the Indiana Pacers has had perhaps the best defensive season of his career thus far and should be a candidate for 2021 NBA Defensive Player of the Year. The 24-year-old is leading the league in blocked shots, at 3.9 per contest.

However, blocking shots isn’t everything when it comes to defense. Turner knows this all too well, after averaging a league-best 2.7 blocks per game in 2018-19 and not winning the award.

He recently spoke to Eric Woodward of ESPN and talked about how there’s more to being a defensive specialist.

“You can lead the league in shot-blocking and still not make an All-Defensive team.”

To Turner, it’s more about making an overall impact on that side of the floor and changing the outcome of the game.

“When I come out there, defensively, I make a huge difference. I change games. Fourth quarter, that’s where I really lock in. I really feel like I’m able to push my team and I’ve won a lot of games with my defense, so just knowing that I have that and knowing that my teammates know that I’m back there and being able to have everybody’s back, it makes it easier for everybody.”

As good as Turner has been defensively, the Pacers have been a middle of the road team defensively overall. For Turner, continuing to evolve the team defense in Indiana will result in more wins as they look to make the playoffs in the Eastern Conference once again.