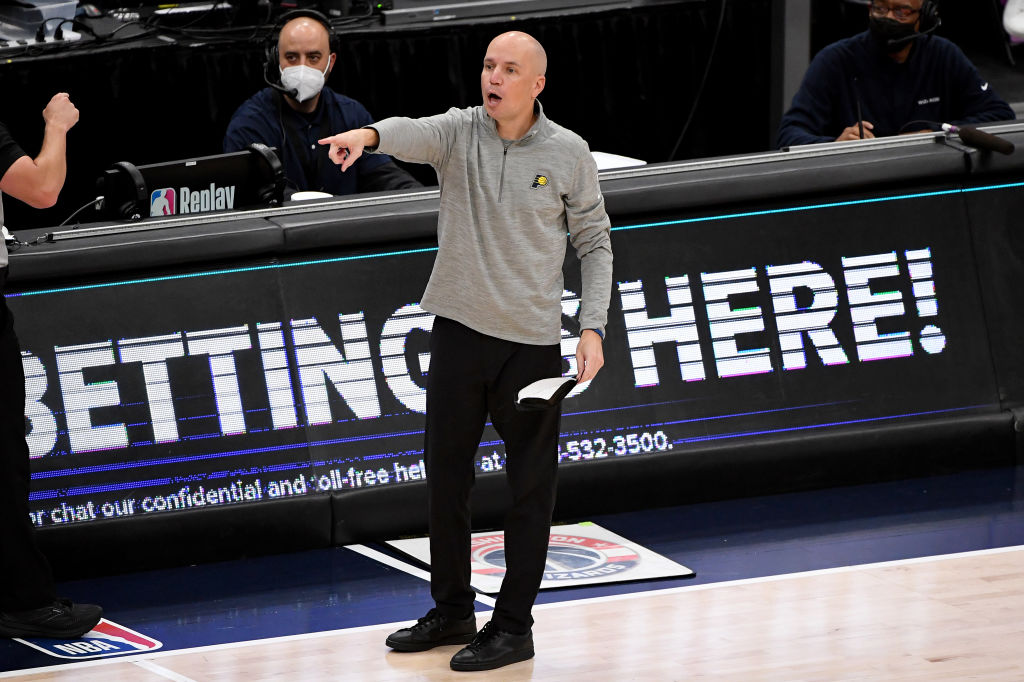 Nate Bjorkgren was the head coach of the Indiana Pacers for just 232 days.

After a tumultuous 34-38 season, the Pacers announced this morning that they have decided move on from the 45-year-old Bjorkgren.

The Indiana Pacers announced that Nate Bjorkgren will not be retained as the team’s head coach.

Indiana missed the playoffs for the first time since the 2014-2015 season under Bjorkgren, who replaced Nate McMillan (currently the interim head coach of the Atlanta Hawks) in Oct. 2020. The team’s six-year playoff streak was broken after the Pacers were trounced by the Washington Wizards, 142-115, in the NBA’s inaugural Play-In Tournament.

Reportedly, Pacers management met with Bjorkgren on Tuesday to discuss his future with the team and concluded the disconnect was too large between him and a veteran-packed locker room with playoff aspirations.

According to ESPN, the Pacer’s front office believed in Bjorkgren’s basketball mind and might have retained him if the organization was headed toward a rebuild. Instead, the front office remains committed to its young core of Domantas Sabonis, Caris LeVert, Malcolm Brogdon and Myles Turner to lead them toward Eastern Conference contention.

While a year ago, Indiana interviewed over 20 applicants for the position, they’ll most likely comb over that list once again while three other head-coaching positions have opened up in Portland, Boston and Orlando.

Bjorkgren only had one guaranteed year left on his original three-year contract that he signed after winning the 2019 NBA Finals with the Toronto Raptors as an assistant coach under Nick Nurse.

Before his pit stop in Toronto, Bjorkgren was an assistant coach and player development coordinator for the Phoenix Suns, and the head coach for two G League teams (the Iowa Energy and Bakersfield Jam; now named the Iowa Wolves and Motor City Cruise).