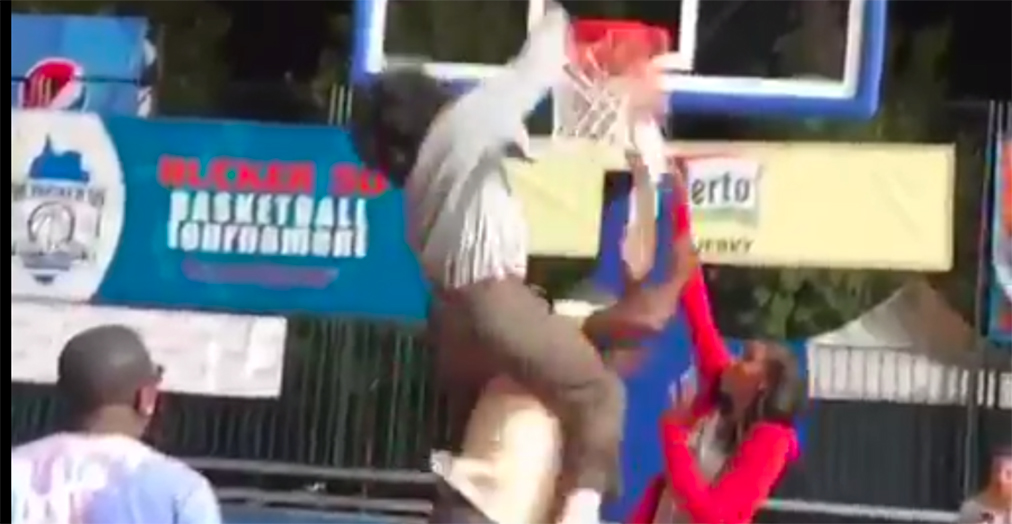 Nate Robinson found a quiet moment during the filming of the upcoming Uncle Drew movie in Atlanta to hilariously catch an oblivious Shaq with a one-handed dunk.

This is the second time little Nate’s caught Shaq sleeping. He dunked on him back in 2010 at Celtics practice. Watch the always-comical NateRob in the videos above and below.

Related
Did the Kyrie 4 Get Revealed Early at the Uncle Drew Set?