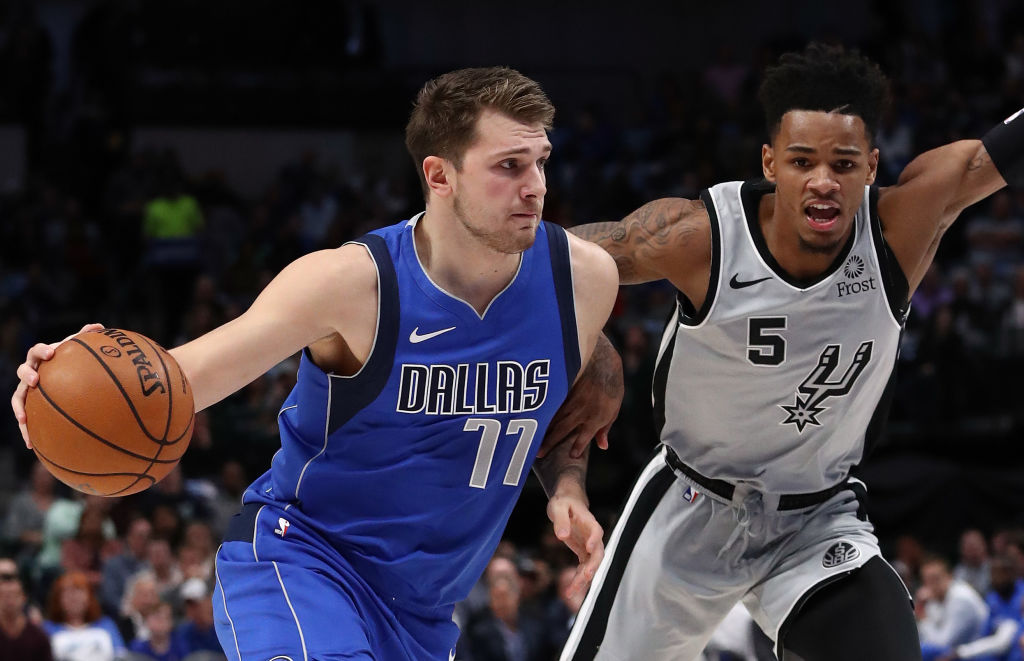 The second batch of NBA 2K20 ratings is live and while we didn’t see the dramatic swings that we saw in the first annual post-launch update, there have been a number of players who’ve shown that their early season success is no fluke.

It’s never easy to pinpoint what exactly an individual player contributes to their team, especially when each situation is unique, but that makes these subsequent rating updates all the more interesting. As the 2019-20 sample size grows, we’re all getting a better idea of each player’s evolution.

Agree with this batch’s biggest movers? I’ve broken down the players at the top of the list and discussed what we’ve seen out of them on the actual hardwood.

+4 Andrew Wiggins (84): Andrew Wiggins is playing some of the best basketball of his six-year career. This is not a drill. After years of underwhelming production, the two most recent of which can be partly attributed to the change in direction during the brief Timberbulls Era, Wiggins is scoring as efficiently as ever. Not only is the 24-year-old stepping up as a scorer, he’s buffed his other contributions as well. The Wolves are winning and this franchise is spookier than ever.

+4 Devonte Graham (80): Devonte Graham has continued to defy expectations one month into his sophomore campaign and has become a reliable scorer and playmaker on a team that needs one. Graham has dished out 10 or more assists four times this season, is averaging 18.3 points per game and even got the official SLAM mag treatment this week. When 2K20 launched, Graham was rated 69 overall.

+4 Moritz Wagner (78): Moritz Wagner continued his ascent up the ratings list with another productive stretch of games for the uber efficient Washington Wizards. The 22-year-old is shooting .515 from beyond the arc this season and went 13-15 from the field in a game earlier this month, including a perfect 4-4 from beyond the arc. He finished with 30 and 15 in just 25 minutes of action.

+4 Alec Burks (76): It’s been a minute since we’ve seen Alec Burks featured in a prominent role on an NBA squad so the 28-year-old’s transition to offensive catalyst for the desolate Golden State Warriors has been a sight to behold. Burks has dropped 20 or more points five times and north of 27 twice.

+4 Chris Boucher (75): Don’t get it twisted, Chris Boucher feasted on souls in the G League last season, so Toronto Raptors fans have been bracing for his arrival in the big league for a while now. What Boucher has done since Serge Ibaka went down earlier this month is hit the ground running as a legitimate double-double threat despite modest reserve minutes. Boucher’s a 21-and-17 player per 100 possessions.

+4 Terence Davis (74): Don’t look now but the Toronto Raptors may have hit yet again on an unheralded rotation piece. The 22-year-old undrafted rook has stepped up in the absence of Kyle Lowry and scored 13 or more four times since the last batch of ratings updates.

+4 Chris Silva (71): The Miami Heat converted Chris Silva’s two-way deal to a standard contract and the big man has done a solid job of rounding out the team’s rotation. Depth and culture are South Beach staples.

+3 Luka Doncic (93): Luka Doncic has stormed NBA 2K20’s top 10 after back-to-back substantial ratings gains and he may still be undervalued. The Dallas Mavericks are a legitimate problem in the Western Conference and they’re led by a 20-year-old that’s doing things on the court that seem too good to be true. This week alone, Doncic followed up a 42-point triple-double with a 35-10-11 stat line in just 26 minutes of action. He’s averaging 29.9 points, 10.4 rebounds and 9.7 assists per game this season.

+3 Bogdan Bogdanovic (79): Bogdan Bogdanovic has been an underrated weapon for a few seasons now but he’s shown a ceiling this week that compelled the men and women behind the 2K curtain to reward him with a modest ratings bump. Bogdanovic doesn’t consistently hit his peak but when he does, he makes topping the 20-point plateau look easy. On top of that, dude has dished out 10 assists twice in the past two weeks.

+3 Daniel Gafford (74): Daniel Gafford was a force to be reckoned with in summer league but didn’t get his first taste of serious NBA burn until this week. The 21-year-old scored 21 points in a 21-minute audition earlier this week and could be a candidate to see more consistent minutes in Jim Boylen’s admittedly curious rotation heading forward.

+3 Chris Clemons (70): Chris Clemons hasn’t laid claim to a consistent role with the Houston Rockets yet but he’s shown on a few occasions that he can produce when given extended minutes. Expect him to continue to knock on the door, eager for a consistent spot in the team’s rotation.