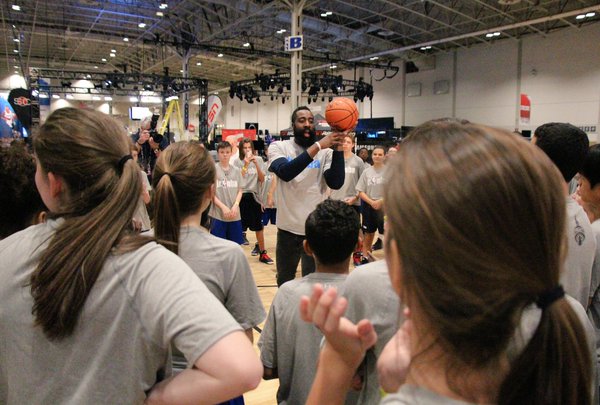 This past Friday, 2,500 elementary students got to take part in Junior NBA Day at the Enercare Centre where they were set to break a sweat with some of the best basketball players in the world.

Outfitted in new shorts, shirts and shoes courtesy of Under Armour, the kids had big eyes and hanging on every word.

Durant was cheered when introduced and that love is not lost on him. He was well aware of his chance to return something to his youngest admirers.

“It’s definitely amazing to give this opportunity to kids,” Durant said. “That’s what the All-Star Game is all about.”

As the clinic drew to a close, the players handed out the high fives and autographs. For the kids, it’s a day that they won’t soon be forgotten. They got to do drills with some NBA superstars and have fun.

At least that’s what you’ll read, but this is more than that. This new event shows them that these players are real and their paths to success are just as real too.