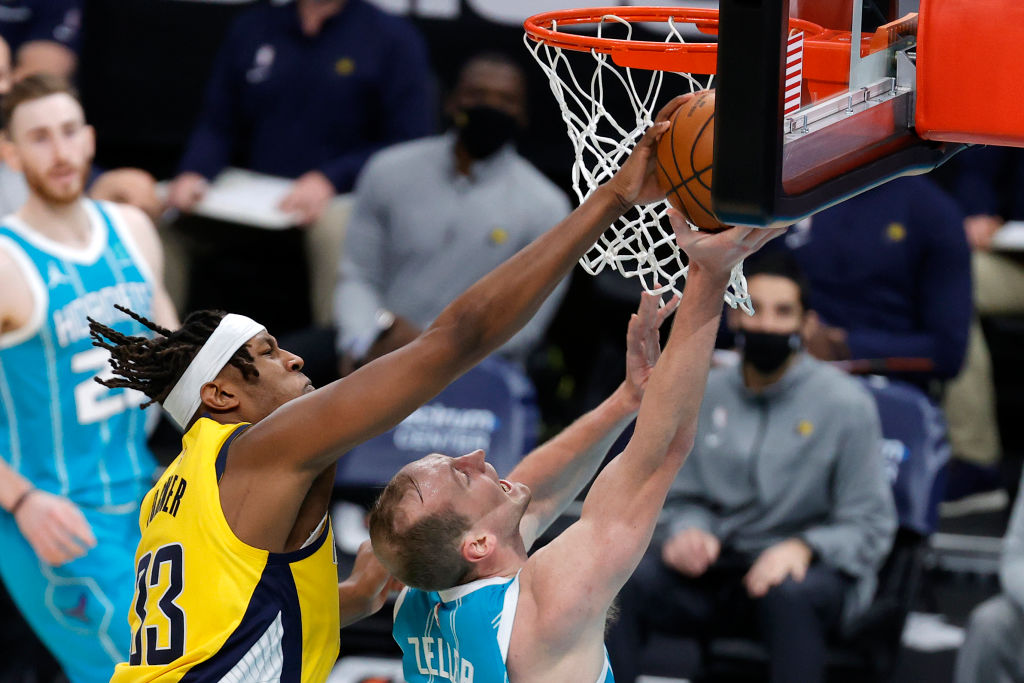 The 2020-21 NBA season is roughly a third of the way through as we enter February. At this point in the season, there have been quite a few players that have made an enormous impact on the defensive end of the floor.

Last season, Giannis Antetokounmpo won the NBA Defensive Player of the Year Award along with his MVP honors. While he certainly will be considered to win it for a second-straight season, he’s got plenty of competition. For four straight seasons, a forward or center has won the award, and it looks like that trend will likely continue.

While we’re only a third of the way through the 2020-21 season, we broke down our top five Defensive Player of the Year candidates.

While he doesn’t have the same numbers as some of the other players that will likely get consideration for this award, Antetokounmpo is the most versatile of any and is able to guard as many positions as anyone else in the NBA. Looking to win in back-to-back seasons, he will have several other bigs to prove himself against.

The Bucks haven’t been as good defensively as they have in past seasons, but Antetokounmpo should be able to do something about that as the season progresses. If the Bucks end up having one of the league’s top defenses, he will have a great chance to win this award yet again.

Davis just missed the cut when it came to winning the 2020 NBA Defensive Player of the Year Award. He finished second when it came to voting, behind Giannis Antetokounmpo.

This season, things are different, as Davis has led the Lakers to the top defense in all of basketball. If they continue to shut teams down the way they have with him as their defensive anchor, Davis could once again be a finalist.

Embiid is not only playing at an MVP level on offense but also has dominated on defense this season. Among some of his individual performances thus far include a game with five steals, which has helped him reach a career-high in steals per game.

His defensive intensity has rubbed off on his teammate as well. To this point in the season, the Sixers have been a top-three defense in the NBA.

Before missing out on this award last season, Gobert won the NBA Defensive Player of the Year award in back-to-back seasons.

This season, the Jazz have been right around the top-five in the NBA defensively with the help of Gobert. With his height and length, he’s one of the best rim protectors in the last decade and has helped Utah climb to the best record in the league.

From a pure numbers perspective, Turner has been the best defender in the league so far this season. He’s averaging career highs in both steals and blocks.

He’s notched two games with eight blocks this season, as well as seven games with five or more blocked shots. Turner leads the league in blocks by a wide margin, while also contesting shots and making it difficult on offenses all over the court.