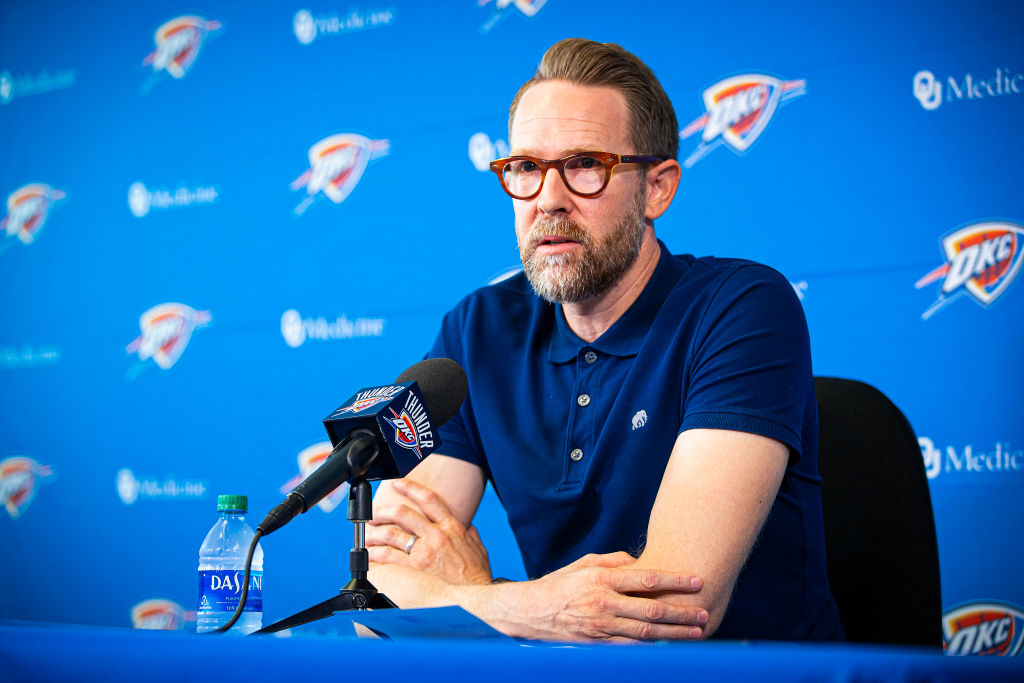 The 2020-21 NBA season is roughly a third of the way through as we enter February. After a wild offseason, there are quite a few executives that deserve recognition for the moves they made.

Last season, Lawrence Frank of the LA Clippers won the NBA Executive of the Year Award for his ability to acquire both Paul George and Kawhi Leonard in one offseason. While he certainly will be considered to win it for a second straight season after making more impactful moves in the most recent offseason, he’s got plenty of competition. There were many big moves made this offseason and even early into the 2020-21 regular season.

At the quarter mark of the 2020-21 season, we broke down our top five Executive of the Year candidates.

Killing two birds with one stone, James Jones made the Suns a playoff team by acquiring Chris Paul, which in turn kept Devin Booker happy. After Phoenix had a 8-0 record in the bubble, they’ve carried that momentum with their new look team into the 2020-21 season.

Not only did he acquire Paul, but Jones made several other key moves this offseason to add depth and role players to the roster. Signing players like Jae Crowder, Frank Kaminsky and Langston Galloway have rounded out what looks like one of the better roster in the Western Conference.

While acquiring Kevin Durant and Kyrie Irving occured two offseasons ago, this is the first seaosn they’ve played together meanin that Sean Marks deserves credit. Furthermore, he made a secondary move to acquire James Harden recently, putting together a superstar trio.

This was a string of all-in moves by Marks, who has put together one of the best trios in NBA history. If he is able to build the team back out and add depth around these three, he will only deserve this award even more.

Sam Presti had yet another successful offseason making deals with multiple teams around the league to acquire young players and draft capital. When it comes to positing a team for the perfect rebuild, Presti continues to do so.

Just one season after getting paid to take on Chris Paul, he flipped him for additional assets. Presti also got the most possible value he could out of other guys this offseason like Dennis Schroder. The Thunder are still winning games this season and staying competitive with their young roster, showing just how good this team is setting up to be.

After the Lakers won an NBA championship last season, Rob Pelinka found a way to make the team even better. Although they were already top-heavy with talent last season, they now have much improved depth after Pelinka was able to acquire Dennis Schroder, Montrezl Harrell, and Marc Gasol this offseason.

Additionally, he was able to re-sign key players like Kentavious Caldwell-Pope. This was all accomplished without having to lose many of their key pieces.

After several years of rebuilding, Travis Schlenk made big moves this offseason to get Atlanta over the hump and competitive enough to be a playoff contender. He was able to acquire Danilo Gallinari, Bogdan Bogdanovic, Rajon Rondo, and Kris Dunn in a two-month span to support his young core.

These acquisitions were all made while the Hawks were able to retain the No. 6 overall pick in the 2020 NBA Draft to select Onyeka Okongwu. Trae Young is already a superstar in this league, and Schlenk is taking advantag of that now.