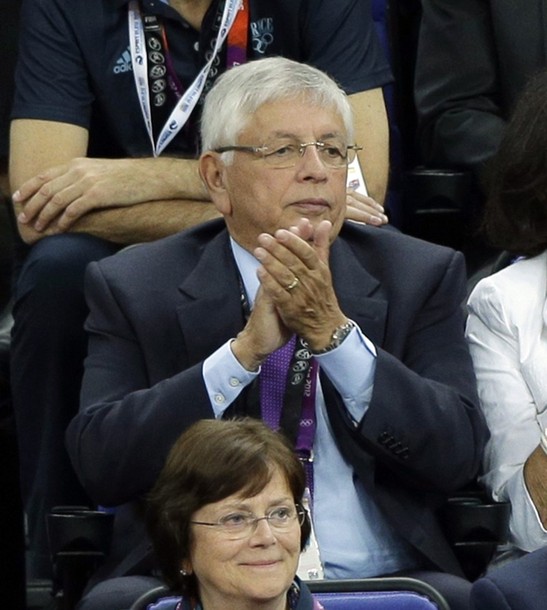 NBA Commissioner David Stern has been awarded the prestigious Olympic Order by the International Olympic Committee. Stern, who’s helped develop and expand both the NBA and Olympic basketball, was presented with the award during half-time of the USA-Spain gold medal game Sunday afternoon. Stern has long worked towards integrating professional players into the Olympics, and has also heavily contributed to the advancement of women’s basketball, most notably pioneering the WNBA.

Together with the then FIBA Secretary General Borislav Stankovic—who was awarded the Olympic Order in 1985—Stern was the key figure in working towards the participation of professional basketball players in the Olympics, including those of the NBA. He received the award 20 years after the Barcelona Games, the first edition in which the non-amateur athletes were authorized to play the basketball tournament. “Thanks to your efforts, you have developed the NBA in a great way and you have developed the international aspect of basketball in a major way,” said IOC President Jacques Rogge. Among other achievements singled out by Rogge, was his contribution to women’s sport thanks to the setting up of the WNBA, one of the first fully professional sports leagues for women. The Olympic Order is the highest award of the Olympic Movement and is awarded for the recognition of merits in the cause of sport or the Olympic Movement.