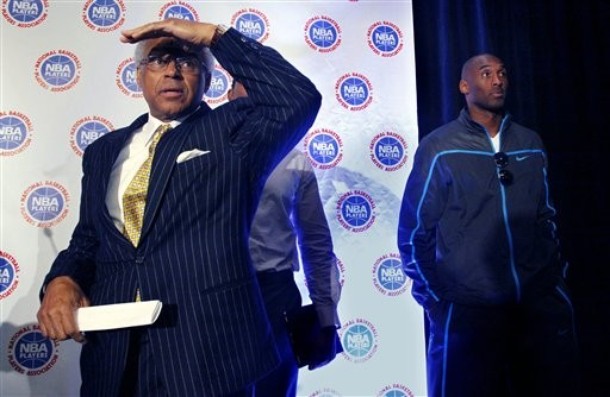 A somewhat surreal scene played out last night following the latest round of NBA labor talks: David Stern and Billy Hunter stood in the same room, trading smiles and joking with one another in front of a stunned media contingent.

Both sides of the debate once again expressed optimism about the negotiations; there’s a feeling among some that the framework of a deal could be reached as soon as today.

“It’s moved to a very good place,” one source briefed on Thursday’s 7½-hour bargaining session told Yahoo! Sports. “There’s a strong expectation [within the negotiations] that hands will shake [Friday].”

Negotiations will resume at 10:30 a.m. ET Friday with talks expected to quickly progress to the proposed revenue split between the league’s owners and players. Both sides sounded optimistic they could soon settle the major issues separating them from a new collective bargaining agreement. “I think we’re within reach – and within striking distance of getting a deal,” Players Association executive director Billy Hunter said. “It’s just how receptive the NBA is, and whether they want to do a deal.”

NBA commissioner David Stern declared it will be a “failure” for the league’s owners and players if a new labor agreement isn’t finished within the next few days.

The highly divisive issue of Basketball-Related-Income (BRI) is expected to once again be tackled during today’s critical meeting, as are the major details of player contracts, punitive luxury tax and team payrolls.

119 days into the NBA lockout, it looks like we may at last be nearing the end of this nightmare.