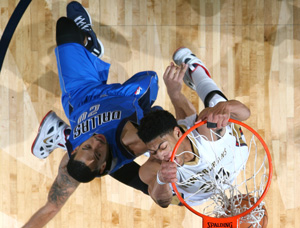 A compilation of the best images from the past seven days. Relive all the action from this week’s games in these NBA photos, including Kyrie Irving’s 55 points, Klay Thompson’s record-breaking quarter, some poster dunks and more.