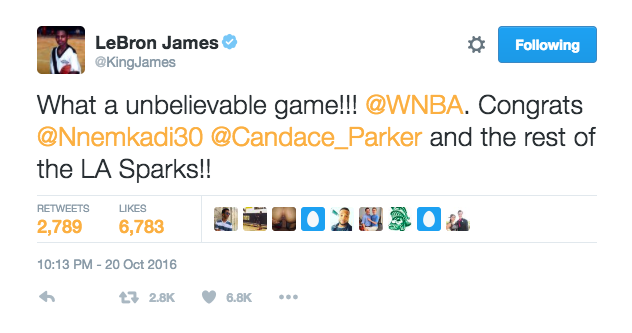 Catch up on the week’s top tweets from your favorite NBA players. In this week’s NBA tweets, the pros react to the Los Angeles Sparks’ 77-76 win over the Minnesota Lynx to claim the 2016 WNBA Championship, their third in franchise history. Read through up top.