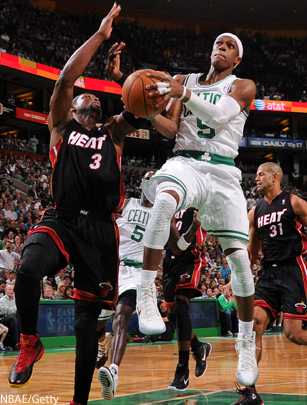 Last night, the internet went nuts during the two final moments—one almost final, one definitely final—of the Heat-Celtics game, during which LeBron James quarterbacked an unsuccessful play to end regulation and Dwyane Wade missed a 3-pointer to close both overtime and Miami’s shot at a victory. Twitter exploded with both satisfied and furious fans and media critics alike, while many of James and Wade’s peers took to the social networking site with thoughts of their own. Roll through the gallery above for a variety of NBA players’ reactions to Game 4.