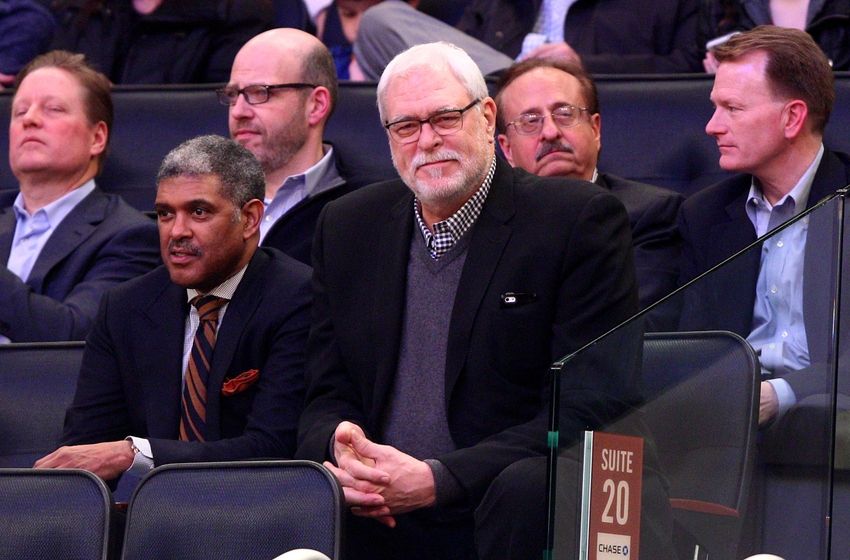 It’s been that kind of season for Phil Jackson.

The New York Knicks’ embattled team president traveled to Columbus, Ohio, on Thursday to scout Buckeyes star point guard D’Angelo Russell, and got himself in some trouble.

The Zen Master can expect a fine from the NBA for briefly raving about Russell to the media.

The 11-time NBA championship coach was getting an up-close look at the Buckeyes’ D’Angelo Russell, who scored 11 points in 26 minutes before sitting out the second part of the second half with some cramps. That tied for Russell’s third-lowest scoring output of the season. […] “He’s a great-looking kid,” Jackson said as he headed out of the arena. “Great prospect.”

The Zen Master was previously fined $25,000 in early June for comments he made about eventual coaching hire Derek Fisher while he was still under contract as a player for the Thunder. […] “He’s definitely a person on my list who could be a very good candidate for this job,” Jackson said then.