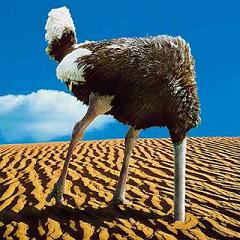 Hello basketball fans! Welcome back to sports after unknown seasons called “summer” and part of “fall” where no professional sports were played. After not having watched any sporting events, I for one look forward to their return! Once I get in to the office today, the NBA season previews begin.

As far as other “stuff” goes, don’t bother to go there. I know the general policy is that we encourage comments and that free speech is a good thing, but today I plan to bury my head in the sand 1000 feet lower than the longest necked ostrich. Thank you for your concern, but I’ll be okay. Uh… it’s “just a game.”

Okay fine, the New York football Giants humiliated the Sillydelphia Eagles, which was bittersweet on a rough day. I felt a surge of happiness when Khalid felt anger. My intramural football league had its first game yesterday and there was a postgame flip cup session, so by the time I was watching the NFL Sunday Night game I was extremely unsober and crossing into the anger zone. A fun day all around.

I conducted my own research into this upcoming NBA season using NBA ’08 for the PS2. The game itself is pretty good, but the results of simulating a season, yeah they need to fix some things. For example, Lamar Odom had more PPG and shot attempts than Kobe. That will not happen in real life. Also, here are your final standings from the game, which were kind of interesting as well:

Okay, so maybe video games aren’t accurate 100% of the time.