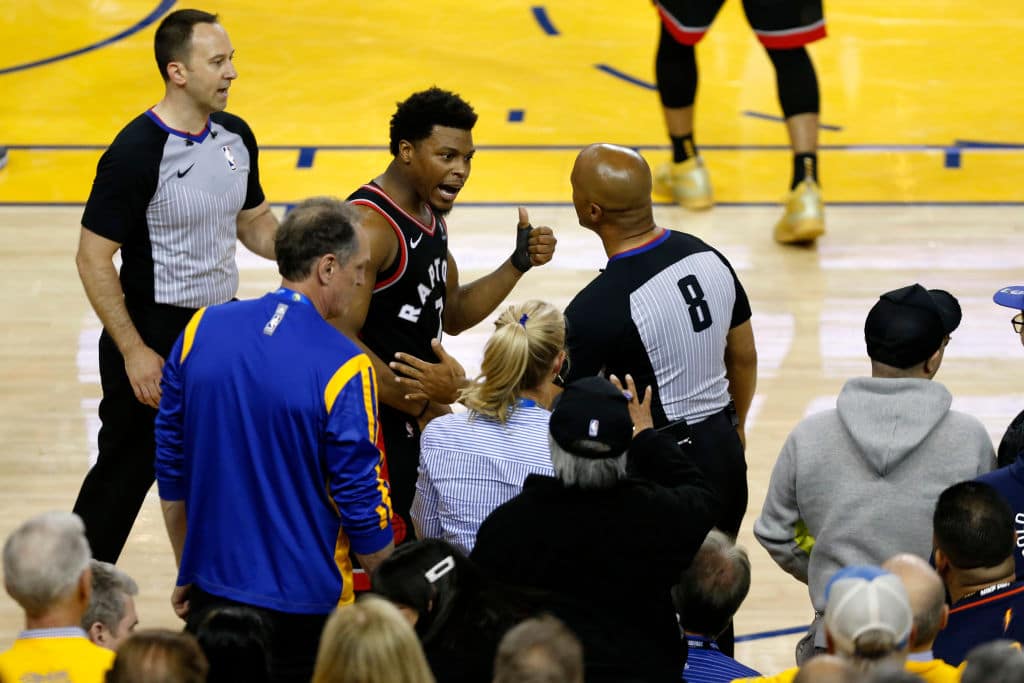 The NBA and the Golden State Warriors have banned franchise minority investor Mark Stevens from all game and team-related activities for one year, the league announced in a press release.

In addition to the ban, the league has also issued the venture capitalist worth $9 billion a $500,000 fine.

As we wrote last night, Kyle Lowry was furious with what initially appeared to be a fan sitting courtside at Oracle Arena. The man clearly and inexplicably shoved the point guard from the sidelines while he chased after a loose ball.

The Warriors initially announced that Stevens would not be in attendance for any of the remaining NBA Finals games while they looked into the matter further. Now that they have, Stevens will be limited to watching his investment from a television set.