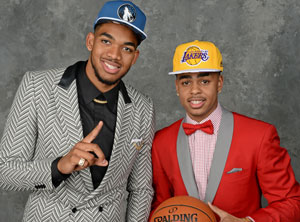 A compilation of the best images from the past seven days. We’ve got action shots from the WNBA this week, the Hawks’ new style, as well as the scenes from last night’s 2015 NBA Draft. Scroll through up top.