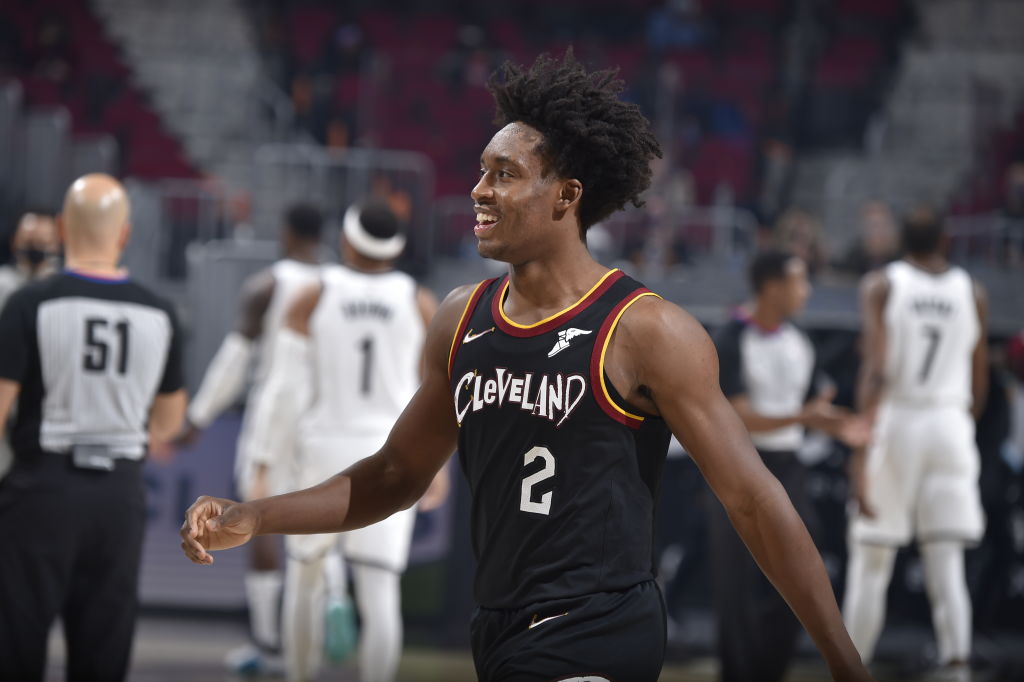 Dwyane Wade said to keep an eye on him and during the Cleveland Cavaliers double-overtime victory over the Brooklyn Nets, it was hard to look away as third-year guard Collin Sexton outdueled Kevin Durant, James Harden and Kyrie Irving in the trio’s first game together.

Sexton, considered the crown jewel of the 2017 trade that sent Irving to the Boston Celtics, scored a game-high 42 points in 38 minutes. He scored 20 straight points for Cleveland in two overtime periods.

Whether you consider it irony, coincidence, or the melding of the past and the future, on the night when Irving—once a fan favorite in The Land—returned to Cleveland for the first time since 2017, Sexton battled Irving head-to-head while wearing a pair of Kyrie 7s and his old No. 2 jersey.

Sexton hit the threes that Irving became infamous for and, evidently, from the same spots no less. Sure, it was just a regular-season game but it felt much more significant than that.

Afterwards, the NBA world was in a uproar about what they had seen, with several players—past and present—taking to Twitter to voice their thoughts about the Young Bull’s performance.

Sexton, who missed the Cavs’ five prior games with an ankle sprain, has averaged a career-high 27.0 points per game this season.

Once perceived as not knowing how to play basketball, the praise Sexton has earned is both extraordinary and fascinating.