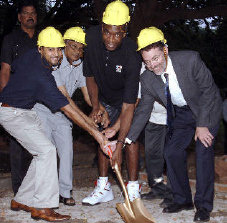 While researching for any recent news concerning the NBA’s growing interest in India, I discovered a short video on YouTube, where a bumbling journalist for NDTV (one of India’s best-known news channels) finds Shaq in Phoenix, and asks him a thing or two about NBA in India. Shaq stoically answered superficial questions about promoting the game in India, adding som

Soon after, the interviewer dropped a gem of a question, which started off with, “Now, you know in India, you’re known as much for Space Jam as you are for your slam dunks…”. And a few seconds later, adds, “Now again, you have a lot of rap fans, a lot of fans in India. Do you want to do a little rap for your fans? Shaq’s ‘rap’ went something like this: “I just wanna say I love you / See you / Peace.”

I laughed for a few long minutes after this, took a deep breath, and then laughed some more. This is the knowledge of NBA in India, through one of the countries ‘best-informed’ media houses: Shaq was in Space Jam (apparently, nobody else but me tuned in during that July afternoon back in 2006 when HBO-India showed Kazaam. But what the hell, even I tuned out when Shaq started to rap in that Aladdin costume.

I may be picking cynically over one or two simple mistakes by that journalist, but the general mainstream awareness in the Indian media about the NBA isn’t too far from this. Except for the fringe population of basketball nerds, most NBA fans in India don’t know the Chris Bosh from the Chris Paul, the Baron from the Ricky, and wonder why the NBA sent a 65 million year old Triceratops named Mutombo to inaugurate basketball courts here.

Despite the ignorance and disinterest of the Indian audiences, it would be fair to say that, so far, the NBA’s efforts in India haven’t been commendable, especially in the last two years. It all really got into gear in July 2008, when Dominique Wilkins, Sam Perkins, Kyle Korver, Ronny Turiaf, Linton Johnson and Pat Garrity toured India as part of a Basketball Without Borders program to promote basketball and oversee an Asian youth camp that was held in New Delhi. Wait, did I say Dominique Wilkins? Dominique Fr*ggin Wilkins came to India, and yes, Dominic Fr*ggin Wilkins left after nothing but a minor whimper of f

anfare. I guess we were too busy watching Shaq dunk over Bugs Bunny, huh?

There was an even bigger star that visited the Indian shores in recent years… Back in the summer of 2006, an adidas sponsored event landed none other than Kevin Garnett here, as part of KG’s promotional visit to India and China. His whirlwind tour touched several parts of the country, and I was lucky to crash his visit to a school in New Delhi and ask KG (then unsettled at the Timberwolves) to join the Knicks. He laughed.

In April this year things started to heat up – the NBA started to webcast live playoff games in India by offering free previews and specialized subscription packages. Around the same time, world famous virgin and three-time NBA champion AC Green was sent to India by the NBA to feature in court dedications in Mumbai. When interviewed, Green called for a professional league in India.

Things looking up? The NBA began looking to open an office in India, and a blink of an eye later, December 2009 falls upon us, and here comes Deke! Mount Mutombo, in all his prehistoric glory, was next, inaugurating basketball courts in Mumbai and Chennai a couple of weeks ago.

But the biggest news followed just a few days later: The NBA formally launched its India website: NBA.com/India, and all of a sudden, I was watching the NBA Commish greeting Indian basketball fans, expressing joy, hope, delight, etc…

The website is a humble, low-maintenance version of the NBA’s official website: its designed to target new or emerging basketball fans, with features such as video highlights, basic NBA rules, and Basketball 101 about things that most fans may find obvious: How to shoot the perfect free throw? What the hell is a ‘Sixth Man’? Court Dimensions? Etc, etc… The website even has some material in Hindi, although there have been complaints about inaccuracies with their usage of the Devanagiri script.

Another feature will be the Point-Counterpoint Blog, kept by two of my favorite NBA PGs, Steve Nash and Baron ‘I’ll forever make Andrei Kirilenko’s descendants shiver’ Davis. I know, information overload, isn’t it?

What really interests me is the feature of Thursday Live Game Webcasts, which began with the Wizards playing the Kings (my friend’s supposedly ‘excellent’ broadband connection couldn’t pick it up though, so instead I followed Live Box Scores on Yahoo! Sports. Sad, yes, I know.) If this venture is eventually successful, real NBA fans here will be able to watch an additional live game every week, adding to the measly two we get Friday and Saturday mornings.

Well, because, firstly, China did it. And secondly, there’s the English Premier League…

I like to compare the “coming of the NBA” to the outrageously over-the-top coming of the English Premier League (EPL — football to the uninitiated, soccer to the American) to India: not only do ESPN/STAR Sports show five or six EPL games a week, they also have several talk shows, magazine shows, and highlight shows talking about the EPL matches in great depth. These shows are regularly directed at the Asian/Indian audience which makes them even more fun to watch for the football fan here.

The EPL was always on its way here — teams like Manchester United, Liverpool, Arsenal and Chelsea easily have large audiences in India, and players like the (now departed) Cristiano Ronaldo, Steven Gerrard, Wayne Rooney, Frank Lampard, Cesc Fabregas, etc., etc., etc., give our audiences icons to look up to. The excitement has spilled out including fan-followings of the star-studded Real Madrid and Barcelona teams in the Spanish Primera Liga.

But it’s not like the NBA has a l

ack of potential icons — as a matter of fact, it is literally TEEMING with it. You could play like LeBron or Kobe, like Wade or Dwight or Chris Paul, or Kevin Garnett or Duncan. There are flashy dunks, no-look passes, game winners, and old-school entertainers/favorites like Iverson or Shaq (I cringe and feel archaic as I say that: Shaq and AI are OLD SCHOOL?)

But the final goal, at least the way I see it, shouldn’t be just commercialization of the NBA, but popularization of basketball as a whole in the country. I recently contacted JD Walsh, the founder of the JDBasketball movement who has spent the last three years in India as a coach, talent scout, and a promoter of basketball in India. “I do hope that the NBA [site] will provide a new introspective to cultivate NBA fans in India,” JD said, “I do think the internet in India will need to grow some before its really significant — which it will. A good litmus of the trajectory of increasing basketball popularity in India will be not only be seen on NBA blogs but on the sites of others writing about the grassroots play of India–and more kids playing the game.”

The website will have to become a stalwart to accelerate the slow integration of basketball in Indian culture. The Basketball Federation of India (BFI) had this to say (source: Techwhack): “There is a great appetite for basketball across India and the sites will offer Indian fans the opportunity to learn more about the NBA and basketball in India. Basketball is one of the fastest-growing sports in India.”

That it is, and in typical NBA.com style, we can expect a lot of fluffy, everything-about-the-NBA-is-awesome reporting from the India site, but hey, it’s a start. The NBA has appointed two featured India bloggers: Experienced DNA sports journalist Azaz Memon and Hindustan Times correspondent Sahil Sharma. Here’s to hoping that their efforts help the awareness of the game blossom here.

Karan Madhok works as a Communications Officer in an international school in the Himalayan town of Mussoorie, India. He is a former journalist for The Times of India newspaper and a lifelong basketball fanatic. Read more of his work at his blog, The Hoopistani. 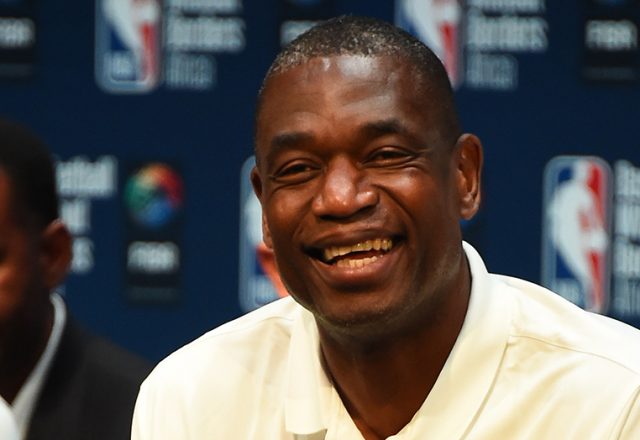 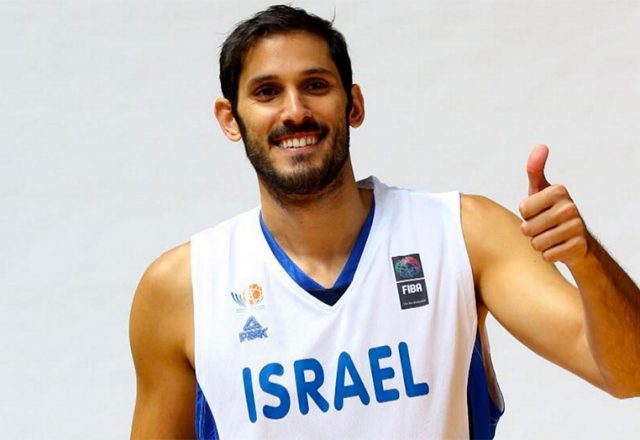 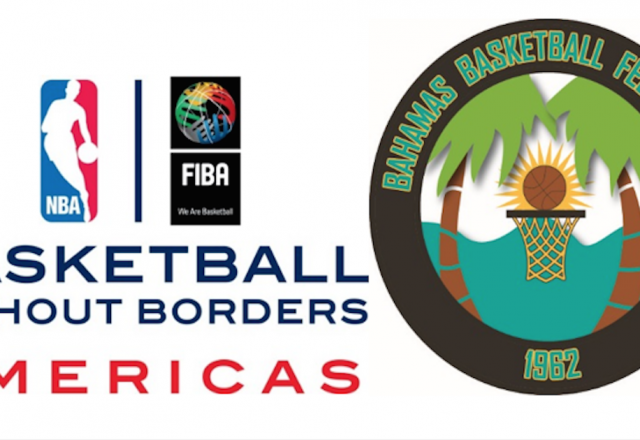 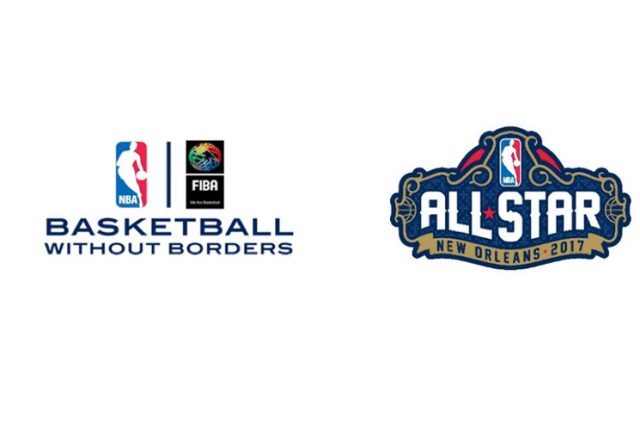 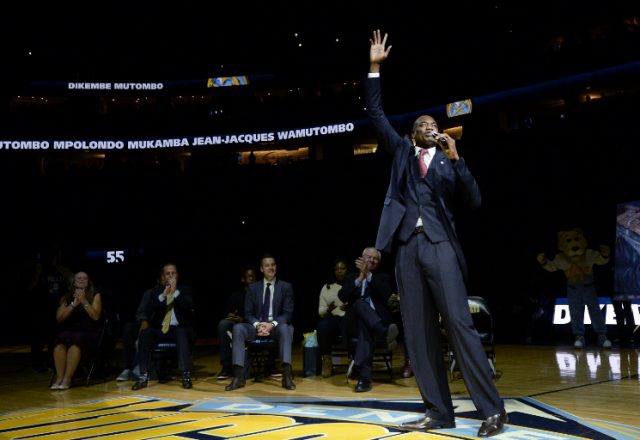