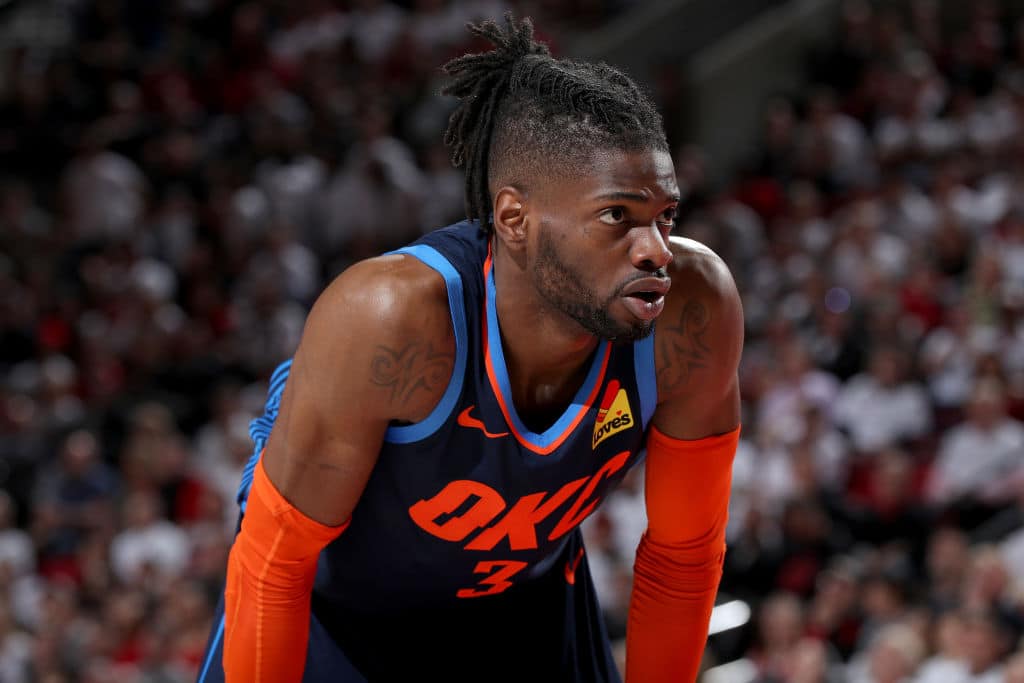 Oklahoma City Thunder center Nerlens Noel will not pick up his 2019-20 player option worth $1.9 million, Shams Charania of The Athletic reports. Noel will be an unrestricted free agent on June 30.

Noel played sparingly during his lone season with Oklahoma City but carved out a role as an energetic big off the bench for the Thunder. After struggling to land a substantial contract after his rookie deal, the athletic center will look for a pay raise over the minimum deal he inked last summer.

Noel averaged 4.9 points, 4.2 rebounds and 1.2 blocks per game in just over 13 minute a night for the Thunder in 2018-19 and impressed in limited minutes in Oklahoma City’s first-round playoff matchup this spring.

The big man could be an interesting middle-tier free agent addition once the big dominoes start following after June 30.