Nets GM: Kevin Durant Chose Brooklyn Because of Their System 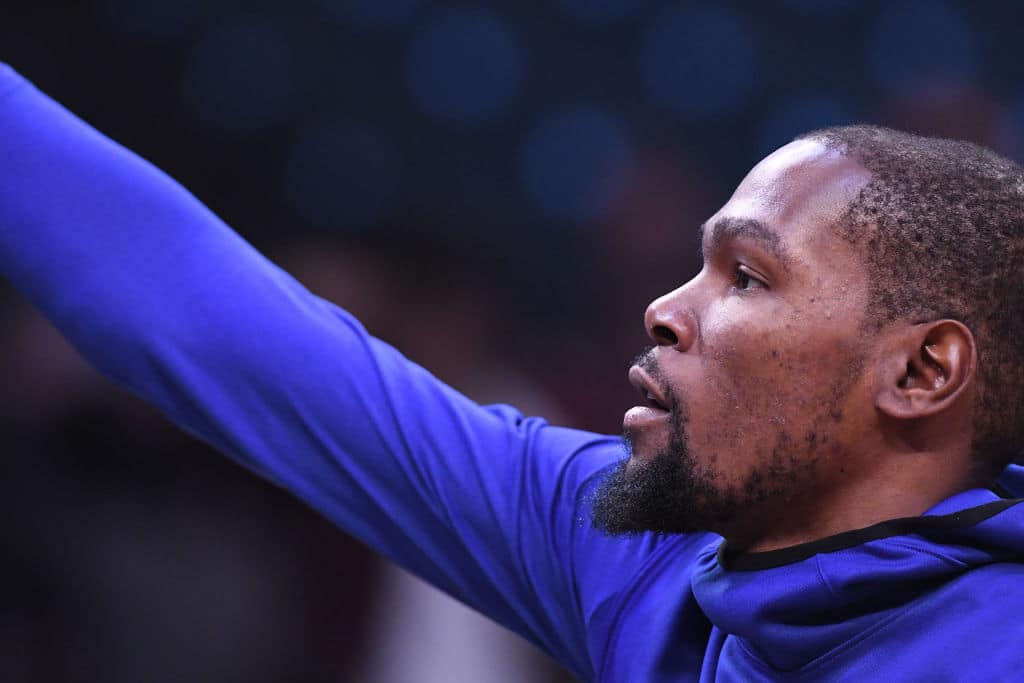 Kevin Durant chose to join the Brooklyn Nets as an unrestricted free agent this summer due to their style of play, according to general manager Sean Marks.

Marks says he has “no idea” if KD will suit up next season after suffering a ruptured right Achilles tendon during the NBA Finals.

Marks added that pairing free agent acquisition Kyrie Irving and fellow NBA All-Star point guard D’Angelo Russell was “certainly an option” but doubts it would have been a great fit.

“I’m not going to lie, there’s been a couple of times I’m definitely excited about — Kevin for sure, the whole group and really the challenge of getting all these guys together on the same page and watching how it unfolds,” Marks told WFAN’s Evan Roberts on Tuesday. “I think that’s the magic and that’s the real special piece where you see elite talent … want to play together and see who’s going to sacrifice what and who’s going to bring what to the table and just see how they all mesh.”

Marks insisted even he didn’t know that Durant had chosen the Nets until the 10-time All-Star announced it on his company’s Instagram page just minutes after free agency kicked off June 30.

“What we knew was we were either getting a teleconference call with Kevin that night or we were going to potentially get a meeting,” Marks said. “We’d seen some media reports earlier in the day that Kevin had crossed several teams off his list and we were still one of them (being considered). And those reports were there for everybody to read. And when Kevin posted it on The Boardroom Instagram site, that was news to all of us in the office.”

As for Irving, the Nets GM said he wasn’t scared off by rumors of locker-room discord between the star point guard and the Boston Celtics last season.

“I think you certainly have to try and figure out what happened, why did it happen, what can we learn from this?” Marks said. “But first and foremost — and probably the most important piece — is to sit down and give the young man his time and say, ‘Kyrie, hey look, how do we make this a success for you? What do you need from us? This is how we’re going to play. This is our system and so forth. This is how we think you could benefit from being in our system and so forth and within our culture, and this how you can help drive it. What do you think to that?'”