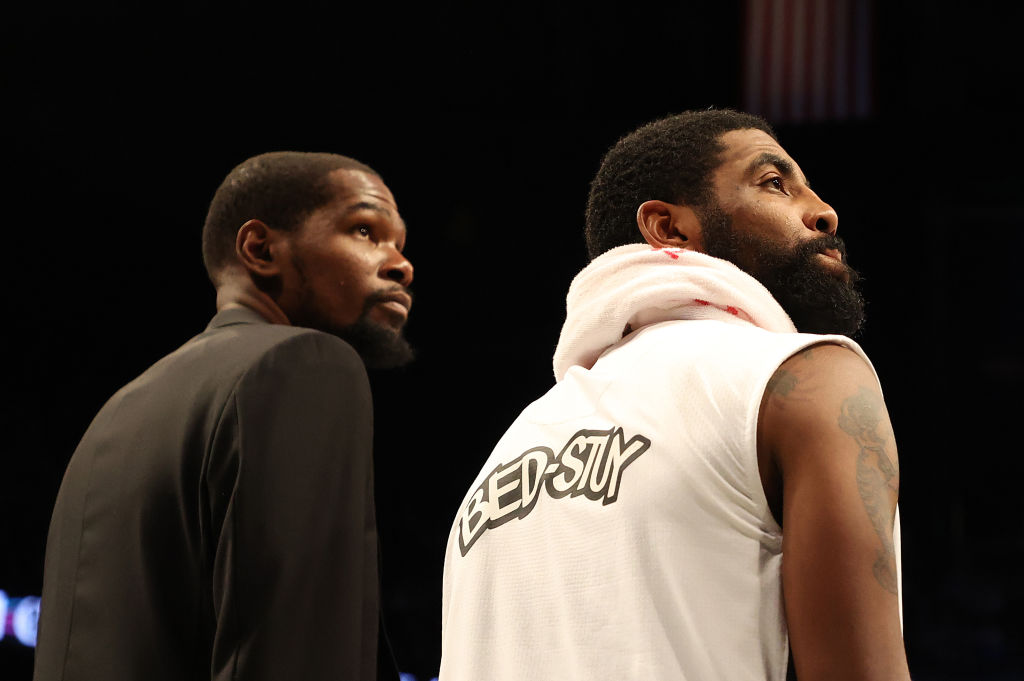 No one knows when Kevin Durant and fellow superstar teammate Kyrie Irving will be back on the court, least of all Brooklyn’s front-office.

“All I can say is we have to be preparing for everything,” Nets general manager Sean Marks told reporters Wednesday, adding that he had no idea if either player would be able to suit up should the NBA resume its season.

Durant, 31, continues to rehab from a Achilles tendon injury suffered during last summer’s NBA Finals; the 28-year-old Irving, meanwhile, only played in 20 games before arthroscopic right shoulder surgery shut him down.

“I don’t think that’s fair, one to those athletes, nor the performance team, to put a timeline on this. I think everybody is dealing with bigger items, far more pressing items,” Marks said during a conference call.

“I do know that those two players are continuing their rehab, but again, when you’re practicing social distancing and you’re in self-isolation, I haven’t physically seen them in three or four weeks. So it’s difficult for me to gauge, let alone the performance team, as to where they are.”

And without the team being able to see them, only the players know for sure where they are.

“We’re talking to them and FaceTiming them and so forth, but it’s quite different to having those guys on the court,” Marks said. “And they know their bodies better than anyone else, so at the right time and when they’re a hundred present and they’re up for it, I’m sure they’ll be making those decisions.”