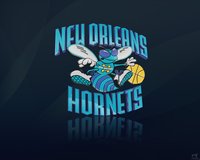 The New Orleans Hornets’ financial woes have been well documented: attendance has been a struggle, other cities want to poach the squad, and in a bizarre arrangement, the NBA owns the team.

Now, the organization is accepting money from its home state. As part of their agreement, Governor Bobby Jindal announced that some of the state’s budget will be transferred into the Hornets’ bank account.

Gov. Bobby Jindal said Monday the state of Louisiana expects to make a payment of just more than $7 million to the Hornets because the franchise isn’t projected to meet the benchmark revenue requirement in its lease agreement with the state.

Jindal said the money is fully funded in the LSED budget.Jindal was in New Orleans on Monday to attend the launching of the Hornets’ new marketing campaign, called “I’m In,” to meet their possible target of reaching at least 10,000 season-ticket holder next season.

Best of luck explaining that one to voters, Gov.

The man put in charge of the team, Jac Sperling, says his main focus remains finding a new buyer for the Hornets, be it before or after the seemingly-inevitable lockout.