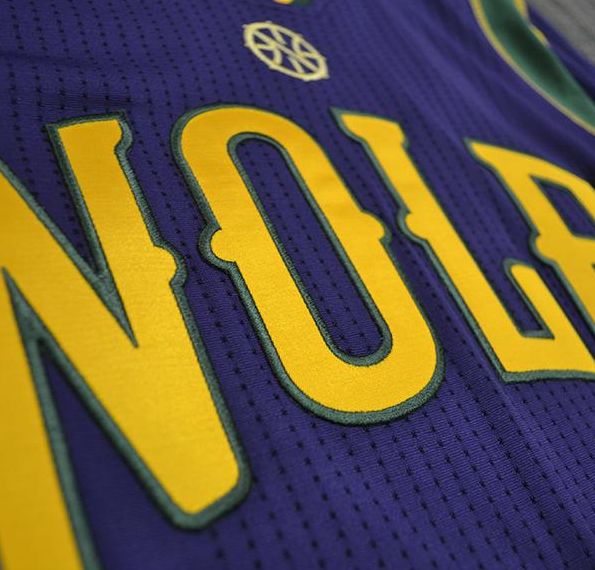 The New Orleans Pelicans revealed the return of the Mardi Gras alternate jerseys today—last seen back in 2013. The Pelicans will only wear these sleeved uniforms a handful of times this upcoming season, but it was still a big deal for the team to reveal them. Check them out below, complete with “NOLA” across the chest:

MARDI GRAS JERSEYS ARE BACK! https://t.co/TrRUUfurrN

A closer look at the new threads! pic.twitter.com/hITctKdAYS

Not everyone is super pumped about the new uniforms, though: