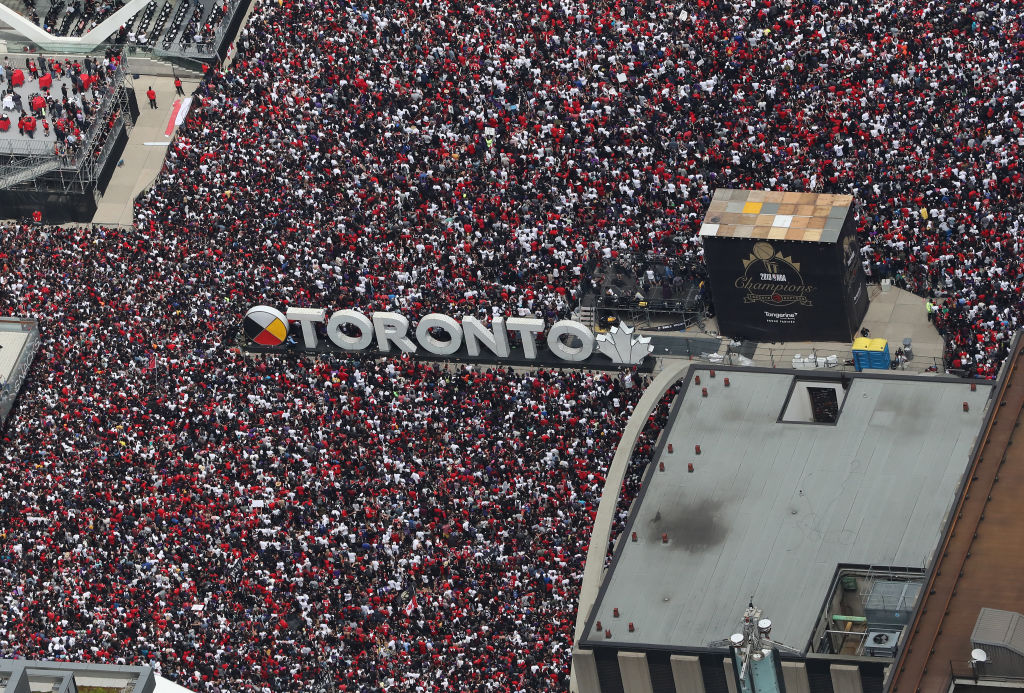 There is still quite a bit of uncertainty around the logistics of the 2020-21 season. While some of the biggest roadblocks are deciding when the season will begin and what the cap numbers will look like, one situation that also still needs to be figured out is where the Raptors will play.

With COVID-19 still looming across the world, Canada is not allowing United States citizens to cross the border into their country for now. This poses an obvious issue for the NBA when it comes to teams travelling to Toronto to play the Raptors.

While Louisville was originally one of the first destinations to be discussed, several more potential options have arisen. According to Stefan Bondy of the New York Daily News, The Raptors have spoken to the operators of the Prudential Center in Newark about using their 19,500-seat arena. It’s a preference for the NBA because of its close proximity to all of Toronto’s division opponents. Additionally, Bondy reported that the Raptors have also discussed playing in Tampa Bay, Nashville, Kansas City, Buffalo or even another current NBA team’s arena.

This summer, the Toronto Blue Jays of Major League Baseball played their games in Buffalo during the pandemic for similar reasons. For these potential host cities, this could be an audition for an NBA expansion team or a team relocation down the road. In the 2005-06 and 2006-07 NBA seasons, the New Orleans Hornets played in Oklahoma City due to the devastating damage from Hurricane Katrina. Just a year later, the Seattle SuperSonics were relocated to Oklahoma City. This wouldn’t have been possible without the success and turnout that Oklahoma City had with the Hornets.

With the 2020-21 season potentially starting as early as six weeks from now, these details will need to be ironed out quickly and the Raptors will need to find a new temporary home.