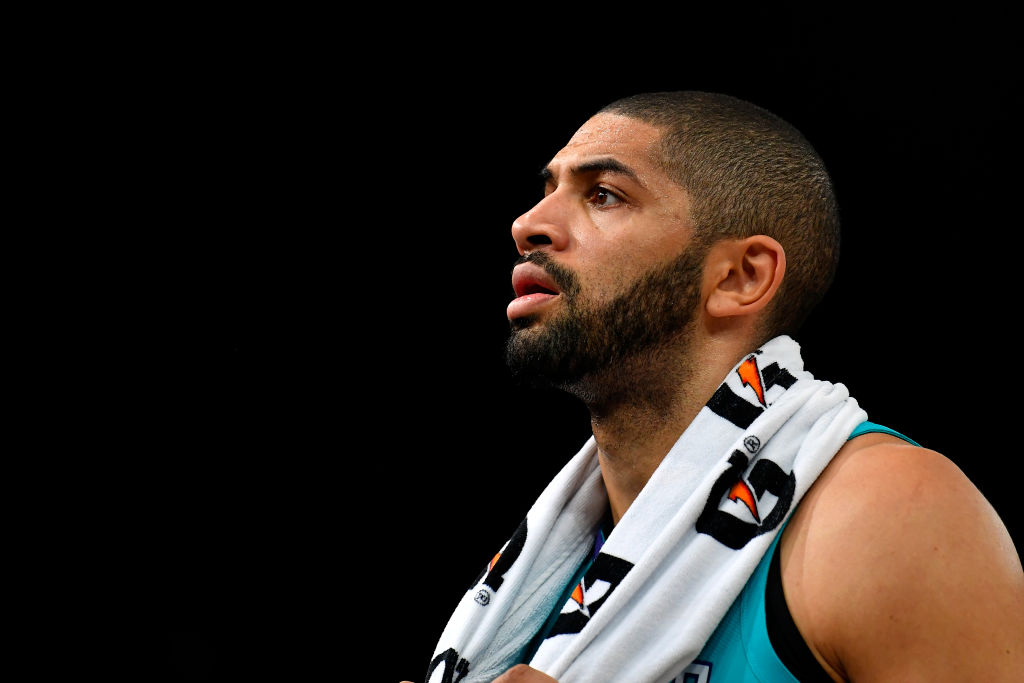 Nicolas Batum and the Hornets are stuck together, and the veteran swingman feels terrible about that fact.

Batum, 31, publicly apologized to Charlotte’s hoops community for not having lived up to the five-year, $120-million deal he signed in the summer of 2016.

“I don’t want to be an a–hole,” says Batum, who has been benched for 15 consecutive games in favor of the franchise’s young core.

Per The Charlotte Observer:

“This franchise has got a bright future,” Batum said, “but I don’t think I’ll be part of it.”

And he knows he and the Hornets haven’t done nearly what everyone hoped for when he signed it.

“I apologize to the people here,” Batum said, “because they put so much faith in me. And it didn’t go well…. It didn’t work out. But what do I have to do? Because I’m still here.”

As for cheering his teammates as opposed to privately pouting, Batum said he’s not “mad” about the situation he finds himself in, but allowed that he is “frustrated.”

Related Nicolas Batum Out 3-to-4 Weeks With Fractured Finger