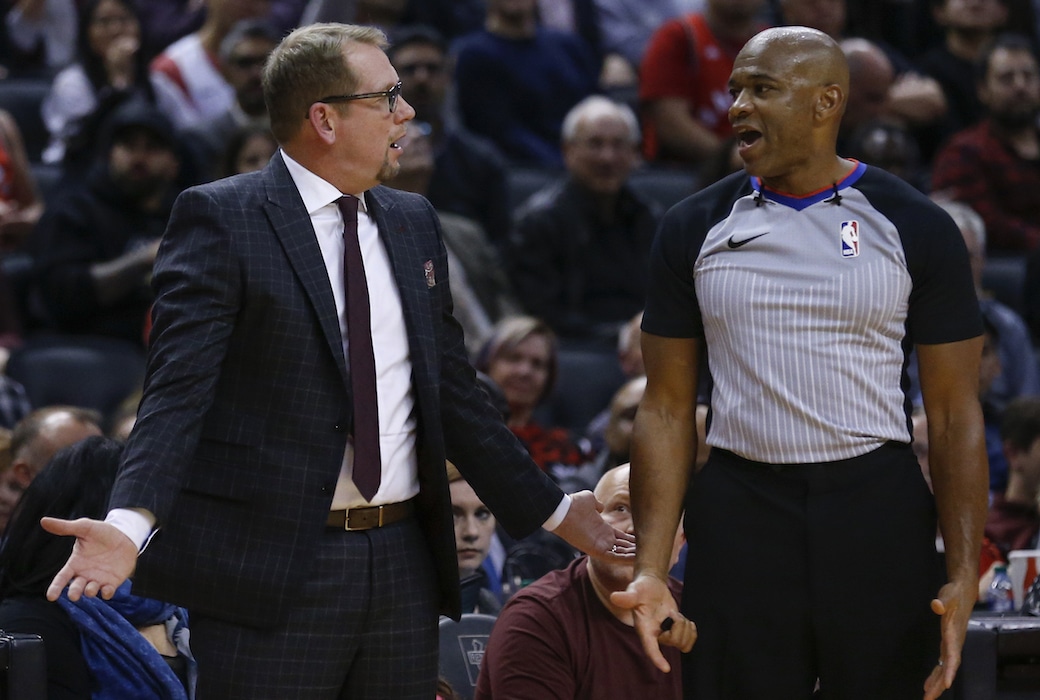 Toronto Raptors head coach Nick Nurse has been fined $15,000 by the NBA for publicly criticizing officiating on his star Kawhi Leonard.

After the Raptors beat the Nuggets on the road Sunday, Nurse expressed his frustration with the officials and the lack of whistles Leonard was receiving during games.

Nick Nurse, sending a message post-game, wasn't happy with how Kawhi Leonard is being officiated, tonight and throughout the season: "I do not understand why they are letting everybody play one of the best players in the league so physically. I do not understand it."

Nurse on Kawhi non-calls: "It's been going on all year. But tonight was a very severe case of a guy who was playing great, taking it to the rim and getting absolutely held, grabbed, poked, slapped, hit and everything, and they refused to call any of it. It's unbelievable to me."

Do you agree with Nurse’s statements?