Nik Stauskas’ life has been all-hoops-everything since he was a youngster growing up in Canada. 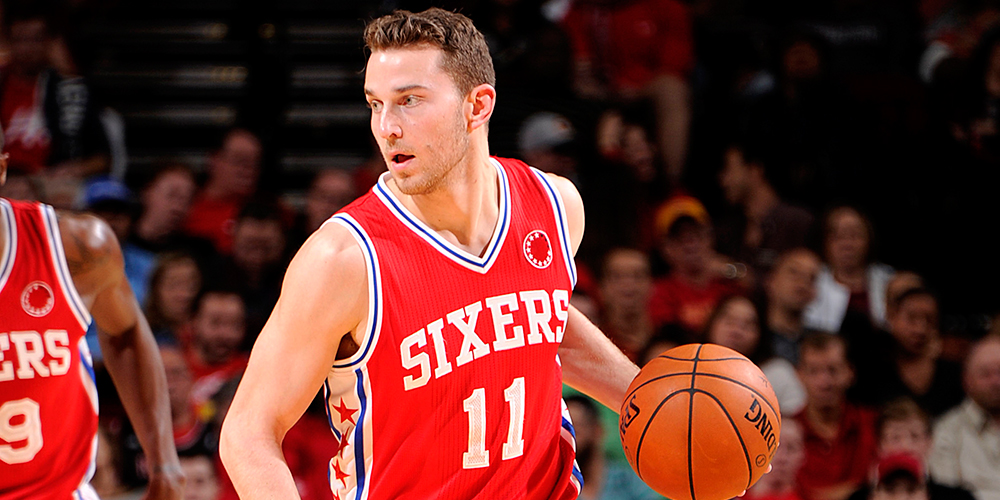 Most became familiar with Nik Stauskas when he was killing it at the University of Michigan from 2012-2014, but the 22-year-old guard’s life has been all about basketball since he was growing up in cold-ass Mississauga, a city in southern Ontario, Canada. We caught up with the Sixer to talk about his childhood hoop dreams.

Nik Stauskas: I grew up in Toronto and started playing at about 8 years old. I was introduced to the game by my uncle. I actually have Lithuanian heritage and my uncle was running a Lithuanian club team in the area. By the time I was 8 years old, I was one of the taller kids, but I had never played before. So he invited me to come over and play, see if I like the game or not. I just happened to practice with them a few times and I guess I had a natural ability to play the game and I started falling in love with it.

SLAM: How long until you started following the NBA?

NS: Probably a year or two after I started playing. I’d say, maybe, 9 or 10 years old was when I really got interested in the NBA and watching the Raptors. I started following guys like Vince Carter and Kobe and Allen Iverson and all those guys. I started covering my room in posters of those guys and getting all their jerseys and hanging them up on my wall.

SLAM: Do you remember a specific poster you had hanging up?

NS: I used to subscribe to SLAM, and it wasn’t just the posters. I would just go through the magazine, and on every page, if there was a picture of a player, I would just cut out pictures and put it on my wall. My SLAM magazines ended up being all torn up because every page had something cut out of it and put on my wall. There was probably a two- or three-year period where I had every SLAM magazine and every single one of the pictures and every single one of the posters on my wall.

SLAM: What was the first jersey you owned?

NS: My dad’s real old school, and when I first started playing on my club team, he looks at me and he goes, “You need a pair of real basketball shoes.” He takes me to the mall and he shows me a pair of Chuck Taylors. He was like, “This is what the real players played in back in the day. This is what you should play in.” I remember I showed up to tryouts and the coaches looked at me like, “You gotta get some real shoes. You’re gonna sprain your ankles.” My dad was like, “No, no, this is what you should be playing in.” I remember they made a big deal about it. They made me get new shoes before I started playing. But Chuck Taylors were my first pair.

NS: A standard little, 9-foot plastic backboard in my front driveway. That’s what I had when I was really young.

SLAM: Was it tough to play outside during Canadian winters?

NS: I would say maybe seven months of the year it’s pretty bad. It just got to the point where we would always have to shovel the driveway, shovel the backyard or whatever it was. At one point, my dad bought a bunch of propane tanks and he hooked it up to this thing and it would blow out fire. It would get so cold outside that we would warm up our hands. The basketball would stop bouncing a lot of times [because] it’d be so cold. That’s what we used to do and we used to have a heater out there to blow a fire and warm up your hands.

NS: Looking back at it now—I was 11 years old, and that was really dangerous. I’d go out there by myself a lot of times. I’d turn it on and use it by myself. I actually got pretty good at using it.