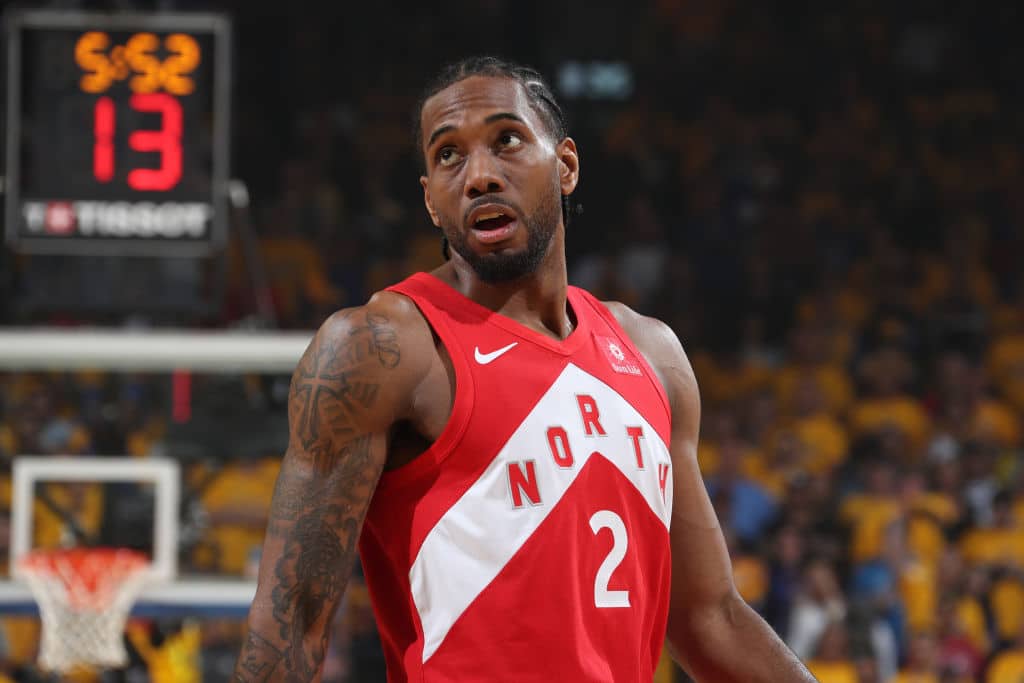 Nike responded to Kawhi Leonard lawsuit over the “Klaw” logo with a suit of its own.

The footwear and apparel giant alleges that Leonard “seeks to re-write history” by claiming he created the design.

Kawhi, who left Jordan Brand and signed with New Balance, addressed the legal battle ahead of Game 3 of the NBA Finals last month: “It happened over a long time ago,” Leonard said. “You guys are just finding out. Not a big worry of mine.”

“In this action, Kawhi Leonard seeks to re-write history by asserting that he created the ‘Claw Design’ logo, but it was not Leonard who created that logo,” Nike states in its countersuit, which was filed Wednesday in U.S. District Court for the Southern District of California, where Leonard’s original suit was filed last month. “The ‘Claw Design’ was created by a talented team of NIKE designers, as Leonard, himself, has previously admitted.

In its countersuit, Nike provides a pair of images — one of which it says is the image Leonard provided to the company, which has a “KL,” with the L also turning into a numeral 2, inside of a hand, and the other the design Nike ultimately created.

“Despite the Contract’s intellectual property ownership provision to which Leonard agreed, and despite his prior public acknowledgement that NIKE authored the Claw Design, Leonard has now decided that he, and not NIKE, is the rightful owner of the registered Claw Design, and has gone even further to accuse NIKE of committing fraud by registering its Claw Design with the Copyright Office,” the suit says.