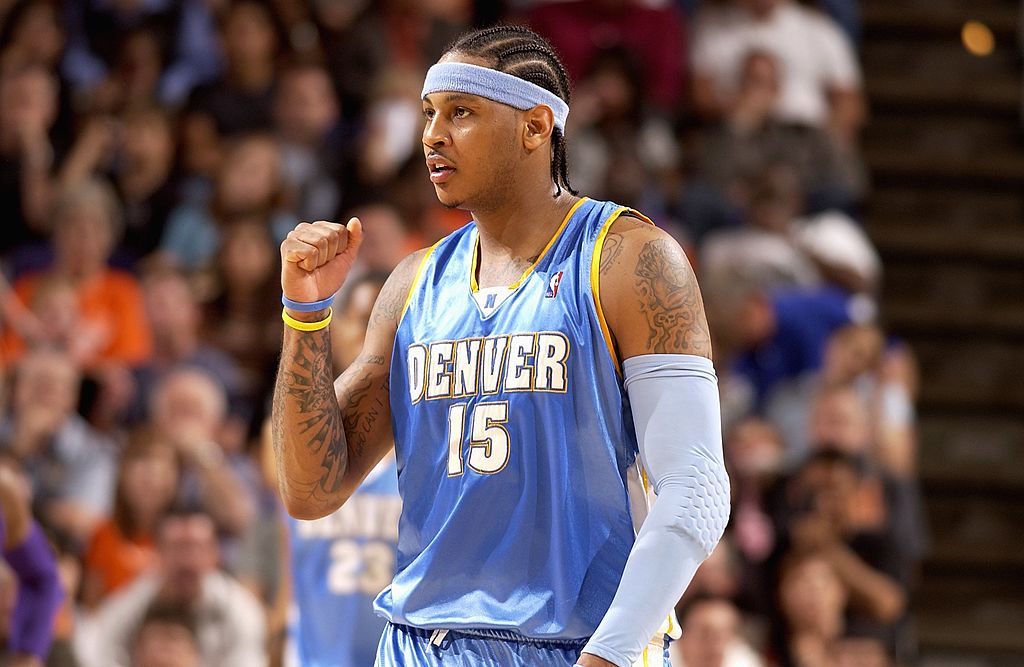 While fans in Denver may still look like they ate a batch of lemons whenever Carmelo Anthony’s name is brought up, nobody can discount or objectively understate the impact that Melo had during his tenure with the Nuggets.

In fact, Nikola Jokic himself has offered nothing but high praise for Melo, reminding reporters that Anthony “was a big part of this franchise… he made a history and legacy here.”

The third overall pick in the 2003 NBA Draft, Anthony was seen as on-par with LeBron James by scouts who loved his scoring ability. Having just won a national championship with Syracuse, Melo was already a college star with an easily recognizable name and an awe-inspiring game.

Denver was both lucky and happy to have him.

Finishing second in Rookie of the Year voting to James in 2003 after averaging 21.0 points and 6.1 rebounds per game, Anthony would go on to be named to the 2003-04 All-Rookie First Team. Melo would then take the Nuggets to the playoffs in his second season, where they would appear every season until his trade to the New York Knicks.

Not a team with an abundance of playoff success, Melo’s Nuggets routinely lost in the first round. Nonetheless, Anthony managed to take Denver to the Western Conference Finals in 2009, the Nuggets’ first NBA Conference Finals appearance since 1985 and only their third appearance in franchise history.

They would lose in six games to Kobe Bryant and the Los Angeles Lakers after trading blows for the first contests.

Unfortunately, while once one of the most beloved stars in the NBA, the last few chapters of Anthony’s story has been filled with sharp twists and rapid turns. None of that discounts what he’s already accomplished though.

Having recently moved up to 13th on the all-time scoring list, Anthony’s name is found throughout the Nuggets’ record books.