The Joker could have some of the best numbers of all time next season. 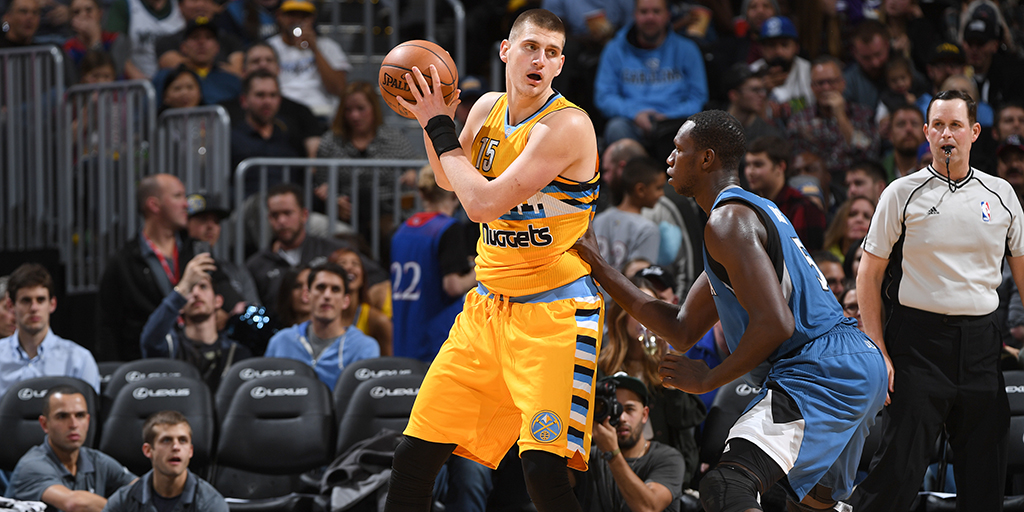 When it comes to the #SLAMTop50, the most interesting players to rank are those with singular skill-sets. It’s easy enough to debate, say, lethal point guards Kyrie Irving vs. Damian Lillard vs. Isaiah Thomas. But, in the grand scheme, where does one place the amazing slowpoke Nikola Jokic?

Jokic entered last season, his second, as an intriguing 21-year-old. He finished as one of the great centers in the NBA. In all, he averaged around 17 points (on 58 percent shooting), 10 boards and 5 assists, plus nearly a block and a steal per game. In the history of the League, only Wilt and Kareem had ever done that.

Jokic, thick and a little clumsy, scores with ease. In the half-court, he often plops his 6-10, 250 pound frame in the low post and uses a very soft touch to finish funky floaters and leaners. His jumper extends to the free throw line, and he can even step out beyond the arc, where he shot around 32 percent last year.

On the boards, Jokic has a knack for being right where the ball lands. Much like Zach Randolph, Jokic rarely has to leap for rebounds, which is good, since he couldn’t if he had to.

After a rebound, Jokic loves to barrel downcourt with the rock, eyes searching for streaking wings. He has the floor vision of not just a point guard, but of an elite one. In transition, Jokic flips the ball behind his back, bounces it from yards away, lofts it awkwardly with one hand, right on target.

He does all of these things every night, and the stats tally in amazing ways. He posted three triple-doubles last February, and three more in March. In all, his six triple-doubles trailed only Russell Westbrook, James Harden, and LeBron James. Among centers, the next most was two.

Jokic—a former second-round pick—is such an unlikely superstar that it’s difficult to ponder his potential. Could such an unusual player be a top twenty guy? Top ten? Is it possible that we’ll soon debate Jokic vs. Anthony Davis? Jokic vs. Kawhi? Jokic vs. Durant?

Yes—so long as Jokic continues along his trajectory, and his Nuggets do, too.

Denver is ready to win this season. With Paul Millsap aboard, the front court is formidable, and Jamal Murray and Gary Harris are rising stars in the backcourt.

The Nuggets missed the postseason by one game last year. Following a summer of improvement—and with a few recent playoff teams likely to fade—the baseline for Denver is the No. 8 seed. There’s potential for much more.

Denver spent the first half of last year misfiring on lineup combinations. Namely, Jokic routinely played beside or behind the bruising Jusuf Nurkic, limiting both players. In February, Denver sent Nurkic to Portland.

After the February trade, Jokic averaged around 17.5 points, 12 rebounds, and 6 assists while maintaining his ridiculous efficiency. Kareem never did that over a full season; Wilt only did it twice.

Smart money is on Jokic setting all sorts of NBA records this year. In fact, fifty bucks says that Jokic is about to become the first player to average 18 points, 10 boards, 5 assists and a three while shooting better than 50 percent overall in a season. Find me on Venmo if you dare.

Previous Rankings:
This is Jokic’s first appearance on the #SLAMTop50. 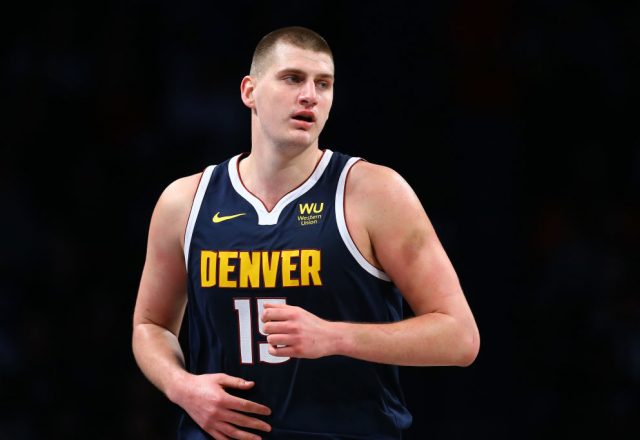