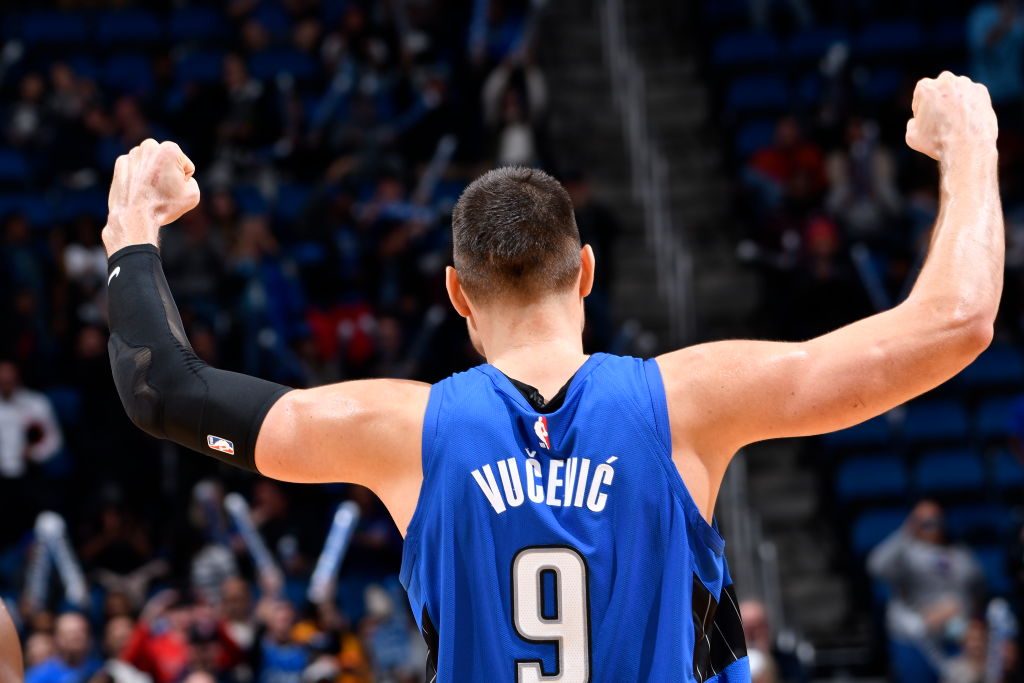 Update #1, 2:42 pm: Vucevic will miss at least four weeks with his ankle injury, Shams Charania of The Athletic reports. That will put him in position to return in mid-December at the earliest.

The Orlando Magic lost Nikola Vucevic in the middle of their Wednesday night game against the Toronto Raptors when the 29-year-old hit the deck with a sprained right ankle.

Vucevic was promptly ruled out for the game after landing awkwardly on a block attempt and was later seen leaving the arena with crutches and a walking boot.

John Denton of the Magic’s official team site reports that initial x-rays on the big man’s foot came back negative but that they’ll await the results of an MRI on Thursday.

Vucevic has been a dominant force for the Magic this season, averaging 17.1 points and 11.6 rebounds per game over the course of the 14 tilts he’s played in so far this season.