The NBA fined Marcus Smart $35,000 for “aggressively pursuing an opponent,” this after he we was held back from going after DeAndre Bembry on Saturday. 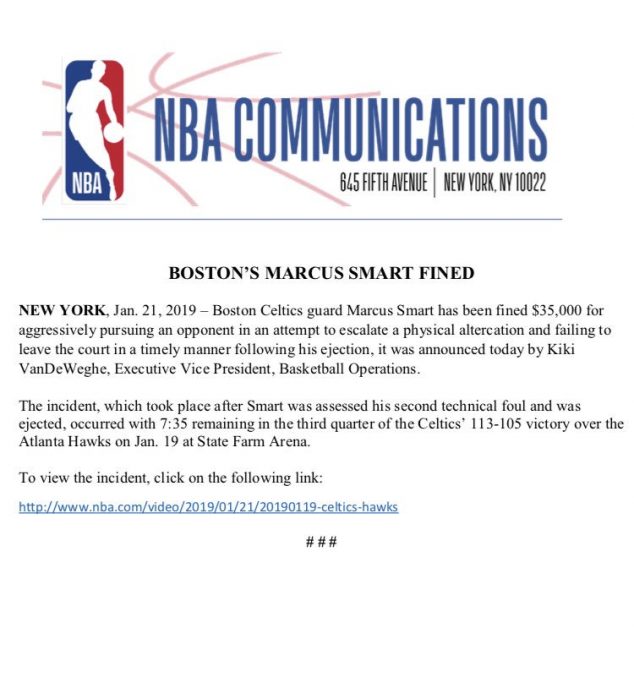 The fiery guard was ejected from the Boston Celtics’ 113-105 road win against the Atlanta Hawks.

“It’s a fine. Take it, can’t get it back; gotta go with it,” Smart told NBC Sports Boston. “No games missed, no suspension, so that’s always a good thing.”

Smart said he wasn’t overly concerned about the league suspending him for [Monday night’s] game against Miami.

“It was out of my hands, out of my control at that moment,” Smart said. “It’s done with, over with. We have Miami in here, and I got a good task ahead of me today; just move on.”