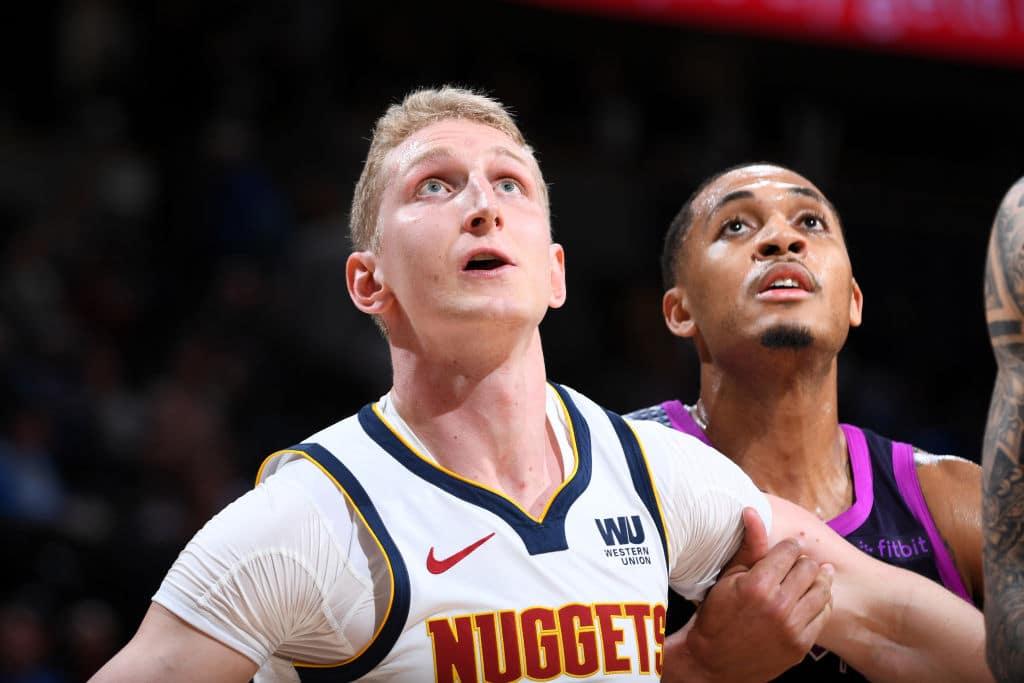 The Denver Nuggets have elected to waive two-way center Thomas Welsh, Nick Kosmider of The Athletic reports. Welsh was the club’s second-round pick in the 2018 NBA Draft.

Welsh saw limited action during his rookie campaign but averaged 10.4 points and 8.2 rebounds per game in the G League. Since Denver doesn’t have a direct affiliate, Welsh split the 2018-19 campaign between the Iowa Wolves and Capital City Go-Go.

Prior to his rookie campaign, Welsh played four seasons at UCLA.

The release of Welsh will free up a second two-way slot for the franchise, giving them another opportunity to seek out potential reinforcements. The Nuggets have done an admiral job optimizing two-way contracts previously, on-boarding rotation pieces Monte Morris and Torrey Craig through that process.