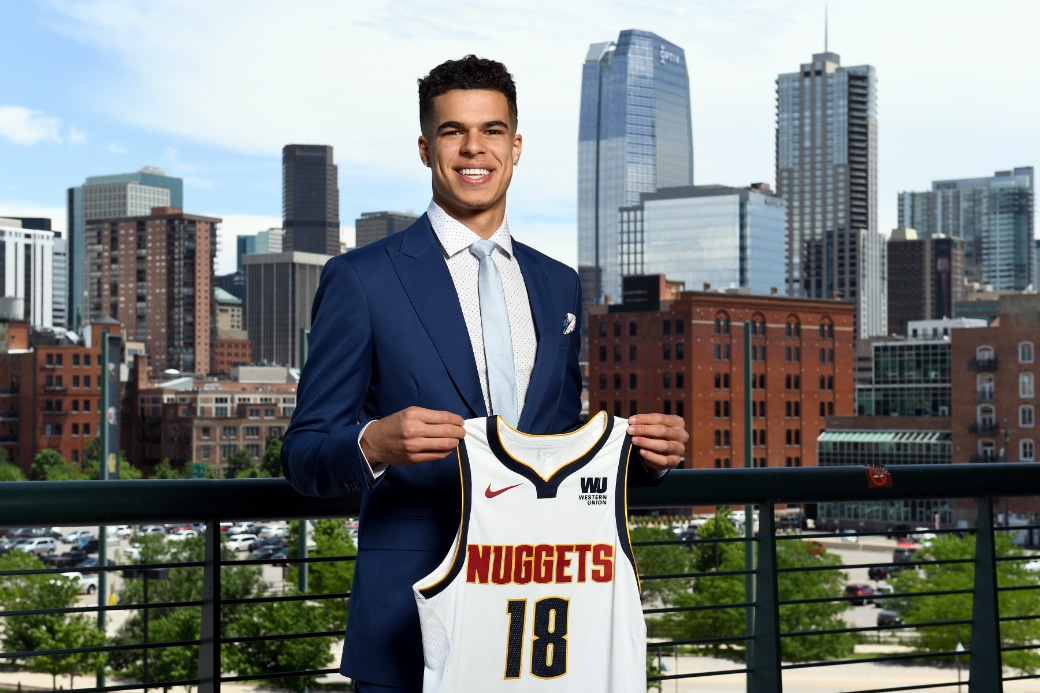 Denver Nuggets president Josh Kroenke is apparently unsure whether rookie Michael Porter Jr will suit up for the summer league or during the upcoming NBA season, via The Undefeated‘s Marc Spears:

Kroenke told The Undefeated he was uncertain about whether Porter Jr. would play in summer league or during the 2018-19 season. Before his post-draft news conference, Porter Jr. walked around with a slight limp as he took a congratulatory phone call from Kroenke and head coach Michael Malone.

Porter Jr, once projected to be a future No. 1 pick, slipped all the way to Denver at No. 14 on Thursday due to concerns about his health. The versatile forward missed nearly all of his lone season at Missouri after having back surgery and canceled some pre-draft workouts because of muscle spasms.

Regardless of when Porter Jr suits up for the first time, Kroenke is ecstatic to have landed him:

“Michael is an incredible talent and we were surprised to see him available at No. 14,” Kroenke told The Undefeated via text message. “We know the risks associated with him due to his recent back injury at Missouri, but he’s an incredibly hard worker, is an outstanding young man and we think he will fit in well with our up-and-coming group in Denver.”