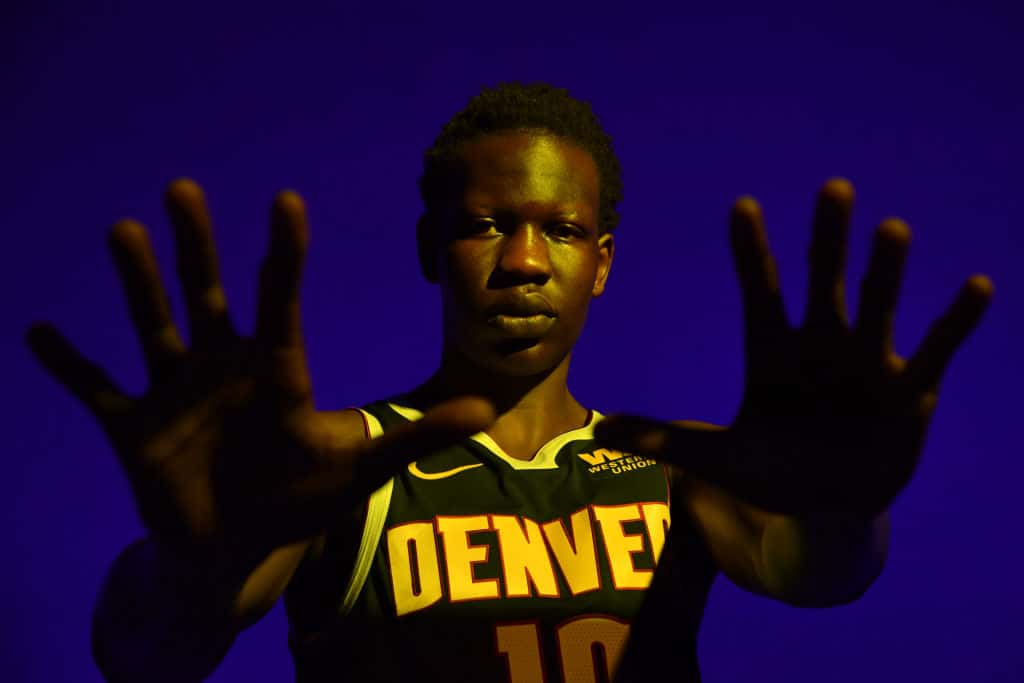 The Denver Nuggets have signed Bol Bol to a two-way, rookie contract, Shams Charania of The Athletic reports. Bol was selected with the No. 44 pick in the 2019 NBA Draft.

Bol becomes the highest drafted rookie to sign a two-way deal since the new contract mechanism was instituted three seasons ago (although injury concerns may have played a significant role in the team’s desire to take it slow).

Bol’s lone college season was cut short when it was revealed that he needed surgery to repair a fractured bone in his foot but his skill set is tantalizing.

Bol will have 45 days to serve with the big league franchise, a count which includes practice days, but the team will always have the right to convert his contract to a standard deal should the need arise.

With just 14 players signed to guaranteed contracts, there’s technically room for the Nuggets to on-board Bol now or during the season.

Chris Dempsey of Denver’s own team site tweets that he predicts Bol will be an on-court factor for the playoff contender by the end of the season, no small feat for a supposedly raw prospect.

Given that Denver is one of two NBA teams without a G League affiliate, Bol will split time between the Nuggets and whichever affiliate the organization works out an agreement with. Despite their limitations without a direct minor league squad, however, the team has had success turning two-way players into meaningful rotation players.