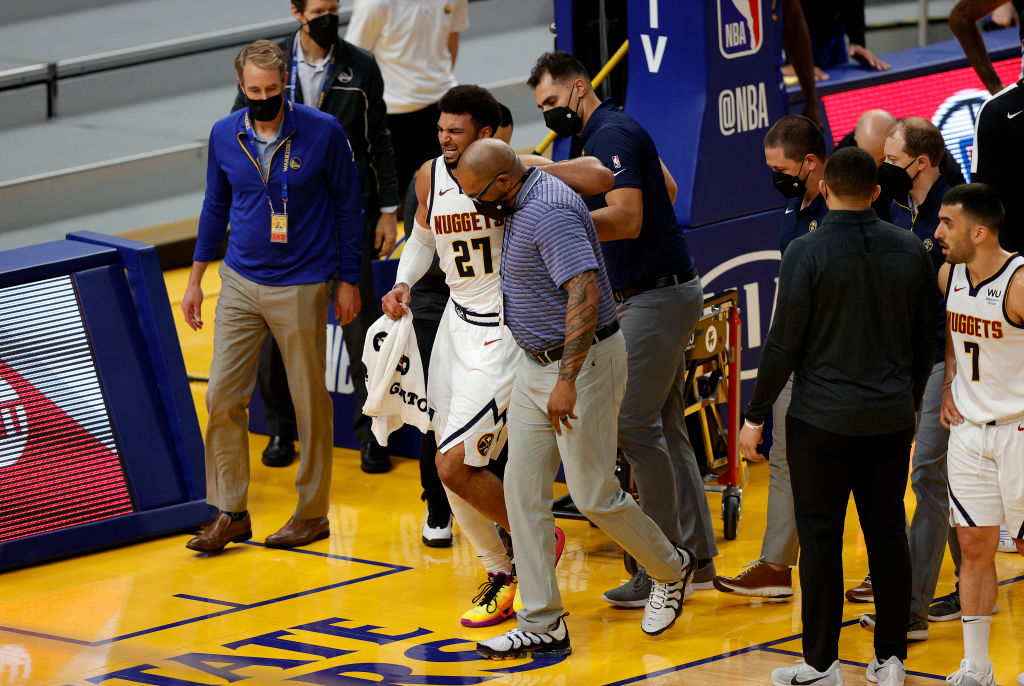 Denver Nuggets star guard Jamal Murray has torn his left ACL and will be out indefinitely, according to an official announcement from the team (h/t the New York Times’ Marc Stein).

Murray, a fifth-year guard who has become one of the league’s most popular players due to his scoring abilities, sustained the injury on Monday night while driving to the rim late in a contest against the 10th-seed Golden State Warriors.

The Ontario native’s knee would buckle as he crumpled, yelling and in obvious pain.

Murray has been having a career season, averaging 21.2 points and 4.8 assists per game while shooting .477 percent from the field and .408 percent from 3-point range. An exciting shot-creator, Murray’s injury is both a blow to both the NBA as a whole and the Nuggets, who had emerged as one of the truly elite teams in the West following their trade deadline acquisition of forward Aaron Gordon.

Now, the Nuggets’ must find a way to manage without Murray for what will likely be months, considering the time it typically takes to recover from a torn ACL.

Denver is currently 34-20, 4th in the Western Conference Standings.