Thunder Give Back In a Big Way (PHOTOS) 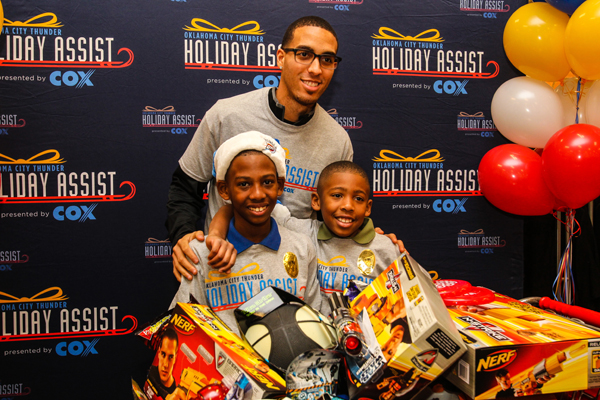 A mere four-plus seasons after moving to Oklahoma City, the Thunder are already a pillar of the local community. Winning games by dozen certainly has helped ingratiate them to fans, but events like this are what really has the OKC area cheering for the Thunder. Via a press release: “The entire Thunder team took 10 families in Sunbeam Family Services’ Grandparents Raising Grandchildren program on a holiday shopping spree on Monday, Dec. 10. The fifth annual event is part of the Thunder Holiday Assist initiative, presented by Cox Communications. Thunder players guided the children throughout the northwest Oklahoma City Target store, helping them fill their carts with items on their wish lists to celebrate the holiday season. While the kids were shopping, Thunder Girls and Thunder staff helped the grandparents pick out gifts for themselves.”