On The Rise: Landry Shamet Has Always Been Overlooked. Not Anymore.

By age 8, Landry Shamet had learned how to take care of himself. The only child of a single mother, Shamet would often be home alone while his mother, Melanie, worked long, odd hours. By the second grade, he carried his own key around his neck to school, locking his apartment’s door behind him.

Despite Melanie’s best efforts, she couldn’t always make ends meet. They filed for bankruptcy during the recession of 2008 and were forced to move in with his grandparents.

As she worked to get them back on their feet, Melanie would often come home after back-breaking shifts, sometimes late in to the night.

“I understand what she sacrificed for me and how hard she worked first-hand,” he says. “Her literally breaking her back making beds, coming home, not being able to stand up because she’s been bending over making beds all day.”

Melanie’s sacrifice provided motivation as Landry’s hoop dreams began to manifest on the court. Shamet promised her that he would make it to the League one day so they could live a comfortable life. 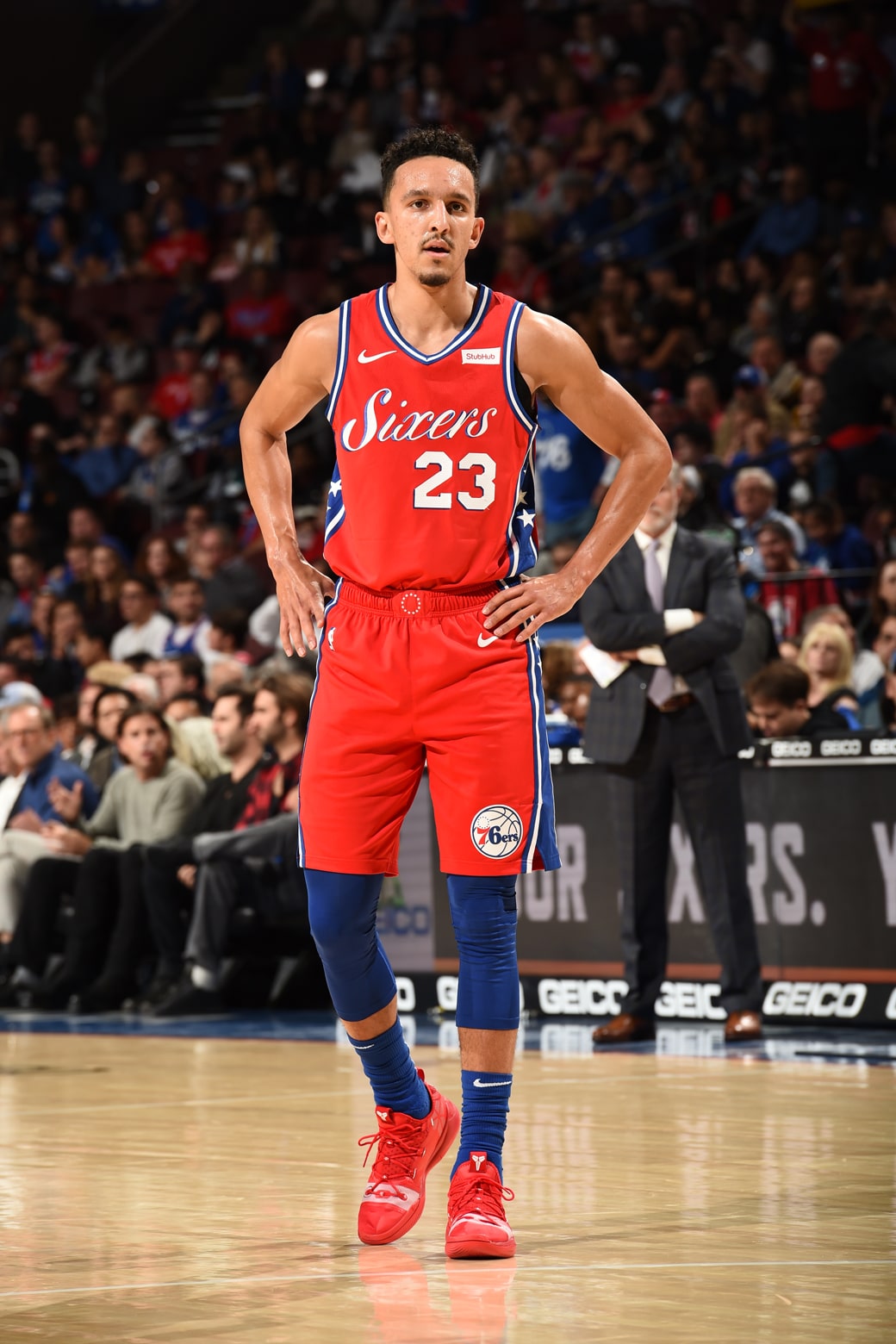 Landry loved playing all sports, but baseball and basketball quickly became his early passions. Of course, the countless practices and games only added to his mother’s impossibly busy schedule.

Being an only child to a single parent who was often at work, Landry says he had to become mostly self-reliant. Looking back, Shamet doesn’t see his childhood as anything extraordinary—it was just what life demanded of him.

“That’s all I knew. It wasn’t like it was unusual because I’m an only child,” he says. “I was always comfortable being on my own and having to entertain myself. Because when mom got home from working super late, she didn’t always have the energy to entertain me. That was just the life that I knew. It’s not that she was a bad mom and didn’t engage with me. That’s just reality.”

With his strong, hard-working mother as his example, Shamet set his sights on eventually making it to the NBA.

Like his mom, aunt and uncle before him, Shamet would attend Park Hill (MO) High. He was named a two-time all-state selection and the best prep player in Kansas City as a senior.

With averages of 17.4 points, 5.3 rebounds and 4.3 assists during his final season, Shamet was considered one of the best—but not the best—prospect in Missouri.

Shamet knew he was better than several top-50 prospects after facing them in AAU and other tournaments. Still, he played his game and prided himself on being coachable and making the right plays.

"The game of basketball has been everything to me. My place of refuge, place I've always gone where I needed comfort and peace. It's been the site of intense pain and the most intense feelings of joy and satisfaction. It's a relationship that has evolved over time, given me the greatest respect and love for the game." -Michael Jordan

“The reality is not everybody is Zion Williamson and is a freak athlete,” Shamet continues. “You have to be yourself and buy-in to what you know you can do and how you can be effective, and that’ll handle itself.”

Wichita State head coach Gregg Marshall saw what Shamet brought to the table: A gifted shooter and capable playmaker who was willing to learn under incumbent Shocker guards Fred VanVleet and Ron Baker.

After visiting Wichita State, Shamet cancelled all of his remaining visits and committed during the fall of 2014. Everything about the program seemed like a perfect fit.

But just three games in to his freshman season, Shamet broke a bone in his left foot and was forced to undergo surgery. Looking back, Shamet says his redshirt season was a valuable experience; although at the time, sitting on the sidelines was torture.

The new perspective gave him a greater appreciation for the game, and Shamet broke out the next season. Starting all but one game, he led the Shockers to a 31-5 record and showed out on the biggest stage—dropping 20 points against future lottery pick De’Aaron Fox and Kentucky in the NCAA Tournament.

But then, Shamet broke his foot again (this time his right) during a summer camp. He underwent surgery and again rehabbed for another several months.

The time away from his team and away from the court proved to be no less grueling than before, but Shamet was fortunate enough to return in time for the beginning of the 2017-18 season.

“Those two [injuries]—just getting hurt and not being able to kind of fulfill your expectations and other people’s expectations—they were definitely tough at the time,” Shamet says. “But looking back, they were extremely valuable.”

He didn’t miss a beat. In December, he dropped a career-high 30 points (on just 11 shots) in a 78-66 win at Oklahoma State. He would lead the conference in assists, three-point percentage and true shooting percentage before deciding to forgo his remaining two years of eligibility and turn pro.

Fast-forward to draft night at Barclays Center in Brooklyn. The final five picks of the first round had arrived, and Shamet’s name still hadn’t been called. Suddenly, his agent got a call from the Philadelphia 76ers.

“There was a minute and a half left on the clock,” Shamet recalls. “My agent whispered to me, Hey man, Philly is going to take you right here. Don’t tell your family. Act normal.

Sure enough, the Sixers took Shamet with the No. 26 overall pick, making him the first Shocker to go in the first round since Xavier McDaniel in 1985. 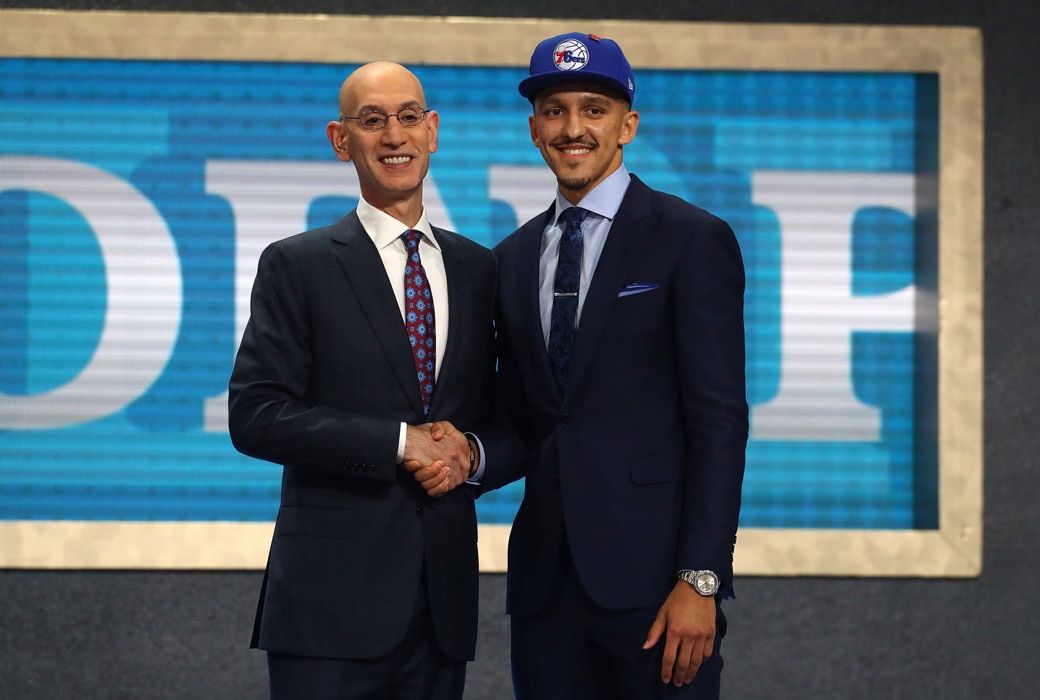 Shamet says it felt like his “heart might explode” when Adam Silver finally called his name. “I was feeling my heart beat in my fingers and my toes. I’ve never felt that sensation before in my life,” he says.

Much like he had with VanVleet and Baker at Wichita State, Shamet singled out a player who he wanted to learn from on the Sixers. Immediately, he knew that JJ Redick was someone who he wanted to be “attached to the hip to.”

Coming off of arguably his best season, Redick is still at the top of his game after more than a decade in the League. Like Shamet, Redick is a gifted shooter who doesn’t rely on size or athleticism to be effective.

Redick must have saw something in Shamet, too. The 13-year veteran decided to take the rookie under his wing and even requested to sit beside Shamet on the team plane during road trips.

“I learn something new from him every day,” Shamet says. “I’ve been lucky to have him take me in and want to work with me and reaching out unprovoked to teach me things and talk to me and coach me up.” 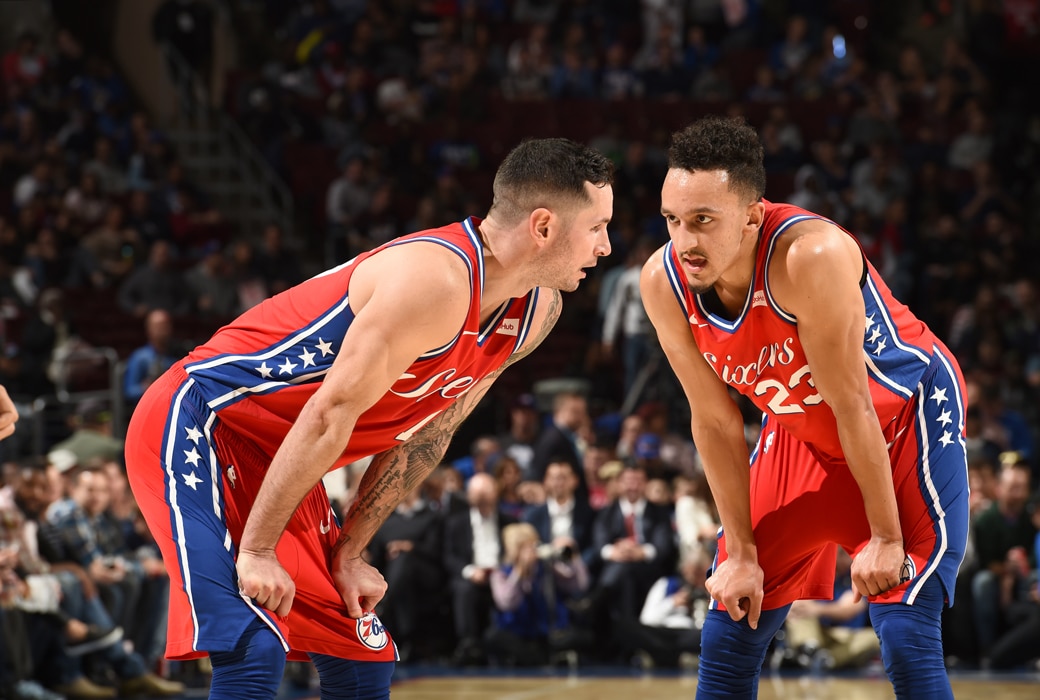 By all accounts, Shamet is thriving in his role this season for the Sixers. Providing much-needed floor spacing, he’s connecting on 40.8 percent of his three-point attempts (second among rookies). And he’s scoring at a highly efficient rate—only four players this season have made more threes per 100 possessions while shooting a higher percentage (minimum 300 minutes played).

He’s drained at least one three in all but four of Philly’s 32 games, including a stretch of 22 straight games. And still, Shamet’s rookie season has flown mostly under the radar outside of Philly.

The road from Kansas City to Philadelphia was anything but easy, but the adversities have prepared Shamet for whatever comes his way. He didn’t make it alone, so Shamet is taking steps to repay his family, especially his mother, for all the sacrifices along the way.

“It’s relieving knowing—especially if I do things right—that there will never be a worry or a need or a concern financially, not only for [my mom] but for the rest of my family, because I know they’ve all played a huge part in taking care of me,” he says. 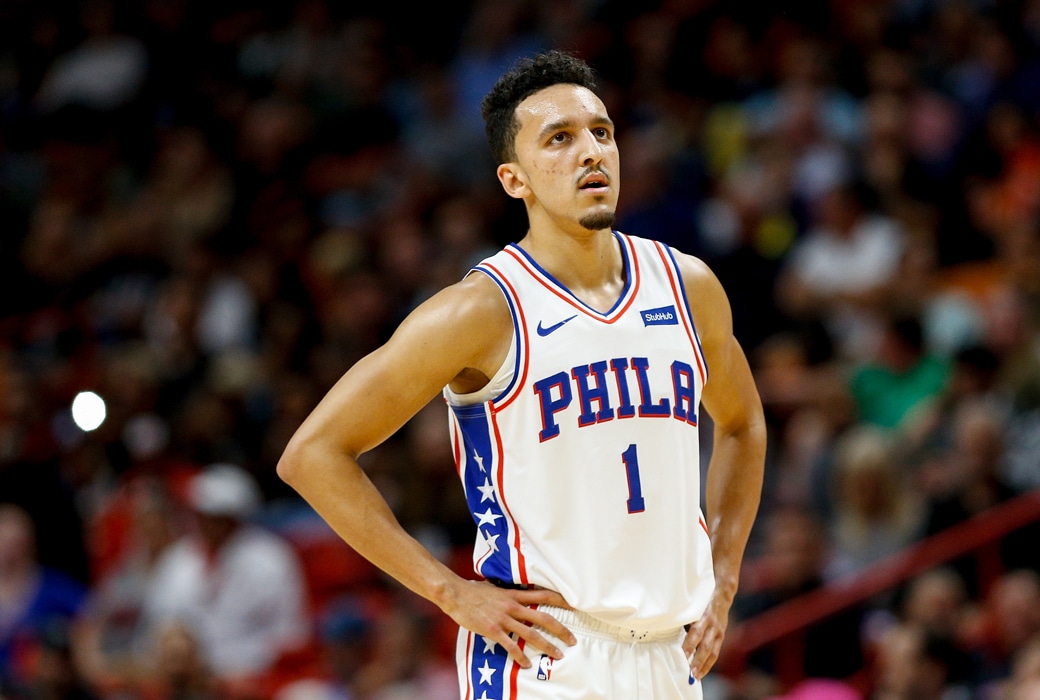 Shamet will always have the chip on his shoulder, the injuries he overcame, and his mother’s sacrifice to provide him with motivation. Add in a desire to learn and be coached, and Shamet could have a long career ahead of him.

“I work hard, I’m coachable, and I know I don’t have all the answers,” he says. “I’m willing to find the answers. I just need to have an open mind as a young player in the NBA to continue to grow.”